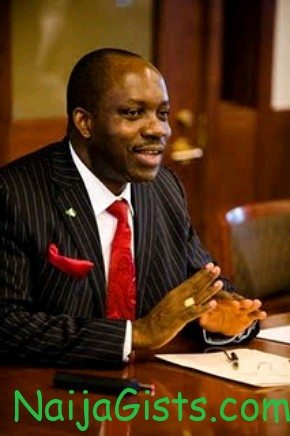 The former governor of Central Bank Of Nigeria(CBN), Mr Charles Soludo has been arrested by the EFCC. naijagists.com

The ex-CBN Governor was arrested on Thursday afternoon by the officials of Nigeria’s Economic and Financial Crimes Commission over his alleged involvement in Australian polymer banknotes bribery scam.

A family source confirms his arrest on Thursday in Abuja.

He is currently being queried about his involvement in the bribery scandal of Central Bank Of Nigeria Officials by an Australian currency mint company, Securency.

Several former Central Bank Of Nigeria’s officials have been arrested in connection with the Securrency bribery.

As at the time of this report, we’re not sure if he has been released.

Stay in touch for update on Charles Soludo’s arrest.