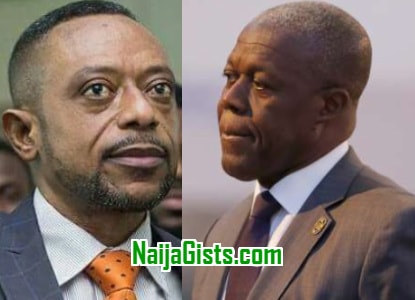 Controversial prophet Owusu Bempah has opened up on the death of former vice President of Ghana, Kwesi Amissah Arthur who collapsed during his early morning exercise at an Air force Gym in Accra Ghana today.

The 67-year-old was rushed to a Military hospital where he died few hours later.

The former leader was in good health condition when he stepped out for a book launch organised by his wife Matilda Amissah Authur on Wednesday.

“Yes, I predicted the death of the Vice president. When I predicted his death in church, I informed the family and they came to me. I told them what to do to avert the death but they didn’t come back until I heard his death this morning. “It’s very sad but I believe he didn’t die naturally. Yes we are hearing he collapsed and died but I can say it was not natural.

He however promised to release details of his death after his burial.

How To Spot A Fake Prophet.…

Prophets who release post-death prophesies are usually considered  fake as they are fond of taking advantage of the situation to draw crowd to their churches. #bewarefriends!