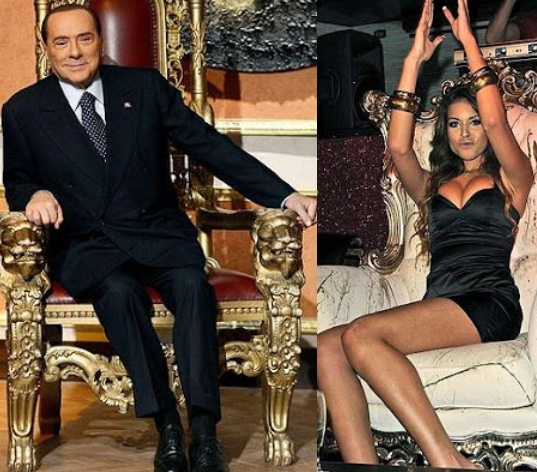 Ex-Italian Prime Minister, Silvio Berlusconi has been sent to jail over his sexual intimacy with an underage prostitute.

20-year-old Karima El-Maroug popularly called Ruby the heart-stealer, an exotic ball dancer who ran away from home at age 11 was said to have been involved in sexual intimacy with the former PM of Italy when she was just 16.

Yesterday, the disgraced ex-Italian PM was sentenced to 7 years in prison for underage sex.

We learnt it happened at his popular Bunga Bunga parties that held in his villa back then.

The 76-year-old PM allegedly paid Karima money to sleep with him.

Karima and Berlusconi have both denied ever having intimate contact.