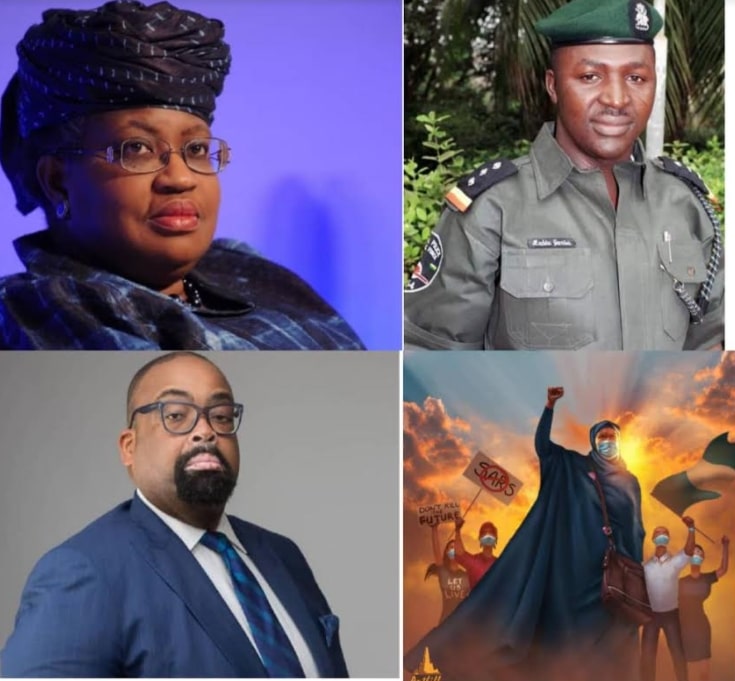 It was Ralph Nader who stated and rightly so that there can be no daily democracy without daily citizenship. In other words, democracy can only thrive and be deepened when the citizens of a State are alive to their responsibilities. The recent events in the country this year have changed my perception and my thoughts about leadership. Citizenship in Nigeria in the previous years has been marked with apathy and tepidness.  The laissez-faire attitude is largely because of the distrust Nigerian citizens nurse against the Nigerian State. But it is that way because the people do not understand the enormity of the power they wield. This lukewarm attitude of our people had worried me to no end and deep in my thoughts; I have prayed and hoped for the rise of the Nigerian spirit.

Recent events have shown that the people recognize and know their true leaders, regardless of ethnic and religious leanings and are ready to mobilize support for such exemplary characters. Few leaders that caught my attention most recently are…

CSP Garba, the DPO of Fegge Police Station. Even though an Hausa man, he was spared by the rampaging youths who had resorted to burning down police stations and other government structures during the recent #Endsars protest to register their resentment against police brutality and injustice in the society. However, it is important to state unequivocally that regardless of the provocation, disenchantment and resentment, burning down of police stations, government structures and other private properties to express anger is unacceptable and reprehensible. As a police officer, he had conducted himself as a professional, exhibited candour and integrity in the discharge of his functions. He did not choose to become a tiger to the community he was assigned to police. He lent a listening ear to all and sundry irrespective of status and most importantly, ingrained himself in the activities of the community by attending social functions in solidarity with the people. When the rampaging youths got to his station to raze it down, his colleagues working with him took to their heels, leaving him behind. The youths calmed down at the sight of *CSP GARBA* and downed their weapons of destruction. His charming personality and different approach to his duties saved the day, calmed frayed nerves and prevented his station from being destroyed. The fact that this man is neither Igbo nor a Southerner is instructive.*CSP GARBA* should be the new face of policing in Nigeria and must be drafted to help train and retrain some of his colleagues. *CSP GARBA’S* personality has rubbished the claim that ethnicity is the root cause of our woes as a Nation.

Olumide Akpata is another great leader who I admire and who I have observed closely this year. During the recently concluded NBA election, he showed his uncommon organizational skills with the way and manner he galvanized the young Lawyers, speaking to the issues that affect them. His message resonated with them because it spoke to the core of their worries regarding the prestigious profession.  And so they stood with and by him and mobilized greatly on his behalf. The end result was his winning the election by a landslide. *MR OLUMIDE AKPATA* is my *MAN OF THE YEAR*, not just because of his victory at the NBA polls but because he rose to the occasion of leadership immediately after his swearing in. He hit the ground running. I must commend the entire members of the NBA for their comportment during the electioneering process. The NBA as a body has since been able to close ranks and Forge ahead, delivering on the electoral promises of its new leadership.

The joy which has continued to trail her nomination as a candidate for the top job of WTO is mind-blowing and exceptional. Nobody has enjoyed this kind of support across the board in Nigeria. As an observer, I have tried to decipher the stuff she is made of that made it possible for her to garner the enormous support from all and sundry. The answer is competence and sacrifice. In her bid to lift Nigeria from her economic struggles, entrench a culture of transparency, build strong institutions and set her on the path of sustained prosperity, people who were averse to change and were  afraid of the cut off of their corrupt enrichment  decided to fight her dirty. They deployed every weapon in their arsenal to the extent of kidnapping her aged mother, subjecting her to the worst psychological trauma. Yet *NOI* remained unbowed and never abdicated the responsibility to rescue the Nigerian economy from morass. Regardless of what happens with the job of WTO, my take is that she has won in the hearts of her people and that is the greatest victory.

The Nigerian Youth is a demography that has been written off as not being capable of handling the reins of power. Indeed,  the youths are considered  people who indulge in needless frivolities like Reality TV shows, football, social media and celebrity news. But these are young people who have never witnessed constant electricity in their entire lives, who have had their study years in the University punctuated by striking lecturers, elongating their years in the process, who have no promise of jobs even after graduation and had to literally create their own path in a bid to thrive.

And so it was with great surprise and relish that I watched how the #ENDSARS movement grew. Young people all over the country came out to say enough. The coordination was top notch. The peaceful nature of the protests gladdens the heart. They drove the narrative themselves, using the power of social media.

Even though the protests were largely about police brutality, it was by extension, an expression of frustration on the failures and the disappointments of the Nigerian system. From the hills of Enugu to the creeks of Niger Delta and streets of Lagos and Abuja, the message was the same. People marched under the sun and in the rain. The unity of purpose and the determination of these young folks show that a united Nigeria without ethnic fault lines is possible.

Hope is the oil of tomorrow, and these four personalities show that for Nigeria, it is still morning yet on creation day. With hard work, competence, integrity, patriotism and eschewing of tribalism on the path of the leaders and the led, this country can rise up, reclaim our tomorrow and live out the true meaning of the words in our national anthem -great lofty heights attain, to build a nation where peace and justice shall reign.

Continue Reading
You may also like...
Related Topics:inspire, nigeria, personalties

Murder & Lies: A Testament Of The Buhari-Led Democratic Regime
Adequate Storage Of Your Medicines