“Sai Baba!” “Sai Baba!!” The youth chanted on the street as they campaigned for Muhammadu Buhari in 2015 thinking they had met their political-Moses who would give them a better life; a change from the miserable one they were accustomed to. Little did they know they were campaigning for a political-Lucifer, who would deliver nothing but death and more suffering to their doorstep.

On Nigeria’s independence anniversary in October 2020, Nigerian youths, seeing the country wasn’t better since the white oppressors left their land sixty years ago, dared to confront their black oppressors – the Nigerian government. Many youths in different parts of the country, comprising of vocal women and men, ranging from Millennials to Generation Z, demanded for an end to the notorious Special Anti-Robbery Squad (SARS) unit of the Nigeria Police Force, while also requesting an end to bad governance.

With sheer determination, from both online and on-ground protesters, the movement gradually gained the attention of the world, and more-so, the Nigerian government.

The protest was met with abrasiveness from the Buhari-led government as the administration reluctantly disbanded the SARS unit and immediately replaced it with a unit tagged SWAT (Special Weapons and Tactics), which comprised of the same corrupt, callous police officers the youth had been protesting against. The government also sabotaged the donation link – in care of the Feminist Coalition – Nigerians and sympathizers had been using to donate funds to sustain the protest, and also hired thugs to disrupt various peaceful demonstrations.

However, on October 20th, 2020, something more brazen happened. Something no Sai Baba campaigner could have foreseen — Buhari and his cohorts premeditated the execution of Nigerian youths.

While the bravest among the Nigerian youth continued exercising their democratic right, the protest to #EndSars, at one of the famous and most peaceful ground – the Lekki toll gate, Babajide Sanwo-Olu, the governor of Lagos State and a member of Buhari-led administration, ordered a curfew on the State. The Governor, who was aware that serious traffic usually plagued Lagosians, announced a curfew by 12 noon to be effected from 4:00 pm same day.

Within the same period, lights at the Lekki toll gate, a venue that had never known darkness –and had become a home where many protesters exercised their civil right to protest, formed new friendships, lifted their banners, placards and flags as they asked for a better tomorrow – suddenly went off.

So as the youth raised their voices to the sky, singing the national anthem patriotically as the day parted way for the night, the army, under the care of the commander-in-chief Muhammadu Buhari, opened fire on the patriotic, gallant, peaceful protesters, murdering countless youths and injuring many more.

Around the same time, at about 7:00 pm, as bullets tore through the flesh of the Nigerian youth, and fire from the semi-automatic guns formed sparks in the gloomy cloud, the governor of the state announced that the curfew had been reviewed to take effect from 9:00 pm.

Buhari, brazen in the murder of Nigerian youths, offered no apology nor explanations, rather his speech, made on the evening of Thursday, October 22nd, 2020, directed veiled threats and warnings to the youth if they dared to protest again – an action that is their constitutional right. His deputy, Vice President Yemi Osinbajo, offering no explanations either, simply pretended that the murders were of natural causes.

From the East to the West, to the South, and Northern part of Nigeria, the land is soaked with the blood of innocent Nigerians through death championed by the Buhari-led administration and perpetuated by hired government thugs, the Police, the Army, and security officials. This also includes deaths caused by terrorist groups that Buhari and members of his administrations has refused to stop.

When Nigerians chose to give Buhari a chance to become president in 2015, little did they know they were giving power to an indifferent blood-thirsty scaremonger who would be responsible for their death, the death of their loved ones, and who would not only refuse to recognise their humanity, but would threaten to hurt them more.

Beyond the murder that has become the highlight of Buhari’s administration are the lies. One of the many lies told was by the governor of Lagos state, Babajide Sanwo-Olu, who lied on live TV that there were no fatalities in the #LekkiMassacre despite overwhelming evidence showing otherwise.

Another was told by the Nigerian Army, who labelled news that the army was involved in #LekkiMassacre as false, despite thousands of witnesses and pictorial proof. Also, Defence spokesperson, Maj. Gen. John Enenche, further lied that the #LekkiMassacre never happened, rather the overwhelming video evidence were “photoshopped”.

More lies were told. The minister of Humanitarian Affairs, Hajia Farroq Sadiya, another member of the Buahri-led administration lied that there is hardly anyone in Nigeria that had not received COVID-19 palliatives. In truth, millions of Nigerians never received the palliatives. Some of the food items meant for the masses and should have been distributed in May 2020 were discovered in October 2020, where it was hidden at a warehouse located in an area in Lagos State popularly called Monkey Village.

The Buhari administration promised an end to corruption. This couldn’t be farther from the truth. In the premises of the Oba of Lagos, Oba Rilwan Akiolu, wads of dollars were discovered, reportedly hidden in a coffin. 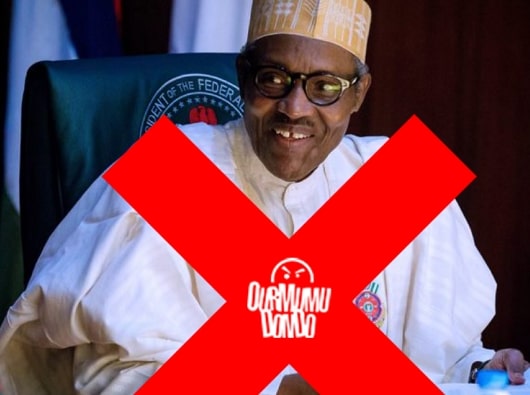 However, the greatest lie told was when Buhari promised “Change”, promised reduction in fuel price, money to unemployed citizens, 24-hour electricity, security, and many more.

In a gory testament of his administration, Buhari cried to become Nigeria’s president only to lead a team that lie, disregard, and murder Nigerians.

Simbiat Bakare is an expert in communications. The author of the Book: Love in Hell, Simbiat’s creative contents have been published in Malimbe Magazine, Ekocity Magazine, The Nation, Virtue Digest, The Ready Writers, Kobo, Amazon, Sons of Issachar Concepts amongst others. Aside from being a writer, Simbiat is a feminist. She loves travelling and reading fictional works of intellectual writers. She can be reached via email at: livelyhoodwithsimbiat@gmail.com

Continue Reading
You may also like...
Related Topics:Buhari, endsars, testament