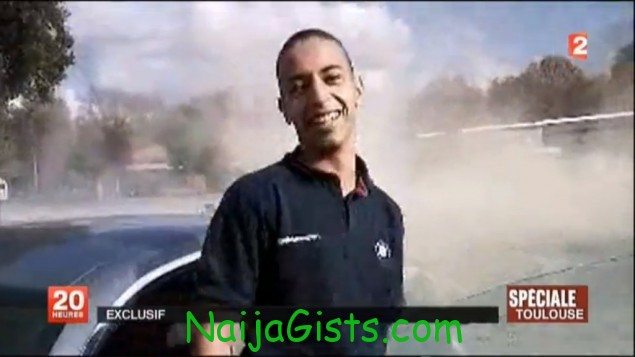 A two-day standoff between a suspected al Qaeda member, Mohammed Merah, and French police in Toulouse, France ended on Thursday after 5the alleged terrorist jumped to his death.
The suspect’s home had been surrounded on Wednesday by policemen and efforts were made to either get him to surrender or capture him alive.

Merah reportedly emerged from a bathroom and launched a barrage of gunfire at police as they raided the apartment in Toulouse where he had been under siege.
French police burst into the apartment of the suspected al Qaeda-trained militant accused of killing seven people, prompting a shootout that ended with Merah, gun in hand, jumping out a window to his death.

Merah, 23, was wanted in the killings of three French paratroopers and of three students and a rabbi at a Jewish school in Toulouse, in a string of shootings that began on March 11.
He originally said he would surrender to police, Gueant said, but later vowed that he would resist and kill anyone who tried to take him into custody.

He emerged from a bathroom and launched a barrage of gunfire at police as they burst in Thursday morning, Gueant said, before jumping from the window, still shooting.
Gueant said earlier police wanted to capture him alive, saying the priority was “to hand him over to the authorities.”
Merah had said he wanted to “die with weapons in his hands,” Interior Ministry spokesman Pierre-Henry Brandet said overnight.

Police had been surrounding his house since 3.30a.m on Wednesday, having tracked him down through computer sleuthing and clues linked to his motorcycle, authorities said.
As police first attempted to seize him early Wednesday morning, Merah shot and wounded two officers, Paris prosecutor Francois Molins said.

Merah had told French police that he trained with al Qaeda in Pakistan’s Waziristan region, bordering Afghanistan, and that he had planned to attack more soldiers and police Wednesday, Molins said. He said he was acting alone, the prosecutor added.

Ebba Kalondo, the senior news editor of the television network France 24, told CNN’s “Erin Burnett OutFront” that the suspect had called her about two hours before police surrounded his home and laid out details of the killings that only police would have known — “very, very specific information” such as the number of shots fired and the shell casings left behind.

“He seemed to be very aware that a massive manhunt was under way for him,” Kalondo said. “He said he wasn’t scared, and that neither capture nor death scared him at all.”
On Wednesday, during the siege, French President Nicolas Sarkozy spoke at a memorial service for the three paratroopers, calling their killing “a terrorist execution.”

One of the victims was due to become a father soon, but “a killer without scruples decided that he would never meet the child to be born,” Sarkozy said.