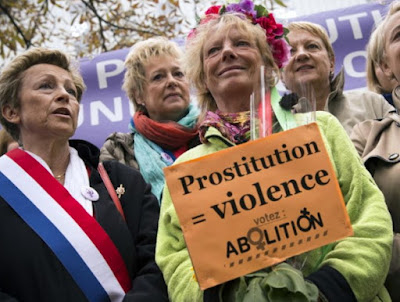 April 7, 2016 – It Is Now Illegal To Hire Prostitutes For Sex As France Passes Anti-Prostitution Bill That Carries £1,200 Fine

A new bill has been passed in France to deal with anyone caught paying for sex.

64 out of 76 France MPs have approved a new legislation banning prostitution.

The France parliament started debating the controversial bill in 2013, but the final vote was delayed after several hearings owing to sharp divisions between the lower parliamentary chamber and the senate.

Anyone caught hiring sex workers will be fined and forced to attend classes on harms of prostitution.