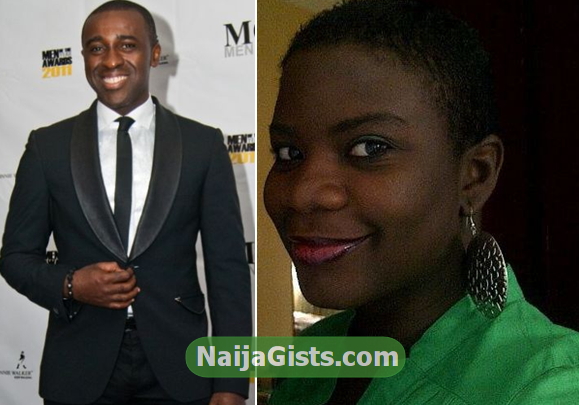 August 26, 2013 – “Frank Edoho Is A Very Hot-Tempered Man” – Ex-Wife Katherine Claims Their Marriage Was A Mistake

As we are all aware that Frank Edoho, the host of who want to be a millionaire show in Nigeria is on the verge of breakup with his new mistress, Sandra Onyenauchey over her lavish spending.

In a recent interview, the ex-wife of Frank Edoho, Katherine claims her marriage to Frank was a mistake over his bad temper.

Read her response to some interview questions below;

Interviewer: Looking back at everything, do you wish you never got separated?

Katherine: No, I think Frank and I should not have gotten married in the first place. We should just have been friends because he was an awesome friend. While I was dating someone else and he had to go back to his country, he (Frank) was there all through and I had known him all the while he was in the University of Calabar and we started our career together. I think we shouldn’t have pushed it to marriage and just stayed as friends.

Interviewer: Any regrets about that?No.

Katherine: I have three lovely kids to show for it and of course, every thing happens for a reason and a purpose. They can only make us better or stronger people and it has done so for me. I have grown from what went wrong.

Interviewer: What is usually the cause of the fight?

Katherine: I think it’s impatience, anger and not knowing how to deal with issue in the now, so you react before you think. It goes like, ‘huh, how dare you say this to me…is that what you will say?’ I can’t remember any one in particular, it has been long now, I have moved on and it’s not a thing that can happen to me again but I always say no matter what, a man should not raise his hands on a woman. A woman should also not goad a man too much. It takes nothing from the man who walks away because once he hits a woman, he starts to think it is justifiable. Unfortunately, we are in a society where we have friends that will give you thumbs up for doing that. A man should be calmer and not react on the now.