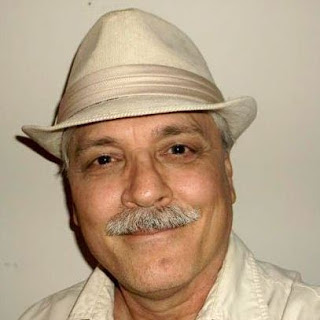 A 60-year-old sport writer turned blogger has killed himself on his 60th birthday.

In a case that appeared to be a planned suicide, Martin Manley’s suicide happened on the day of his 60th birthday.

Martin Manley who claims he hated waking up early in the morning did so on the day of his suicide.

Around 5am in the morning he walked into a police station parking lot in Kansas city and dialed 911.

Martin told the operator he wanted to report a suicide. He reportedly gave the operator the location of his suicide.

He then pulled out a pistol and shot himself in the head.

His last article titled Martin Manley: My Life and death was written on the day of his suicide.

“Today is August 15, 2013. Today is my 60th birthday. Today is the last day of my life. Today, I committed suicide. Today, is the first day this site is active, but it will be here for years to come.

Before I get into the nuts and bolts of this site, I first must say to those whom I have a special bond with, please don’t think that I didn’t consider your feelings. I’m sorry…very sorry for th hurt and pain I will have caused by my actions.

This site is divided into two major categories. The first is the suicide. The second is my life. To the left side of this page you will see categories. Under some of them subcategories. You can click and read anything you want. My life is an open book now that I’ve closed the book on my life.

It’s important for me to have written quite a bit about my decision to commit suicide because it’s rarely been done. I assume the people  I know would want to understand it better and I’m sure there are people out there who study suicide that would like to study mine – so I’ve left nothing to imagination. It’s all here.

I debated the idea of having the suicide (death) categories at the top above the life categories…. 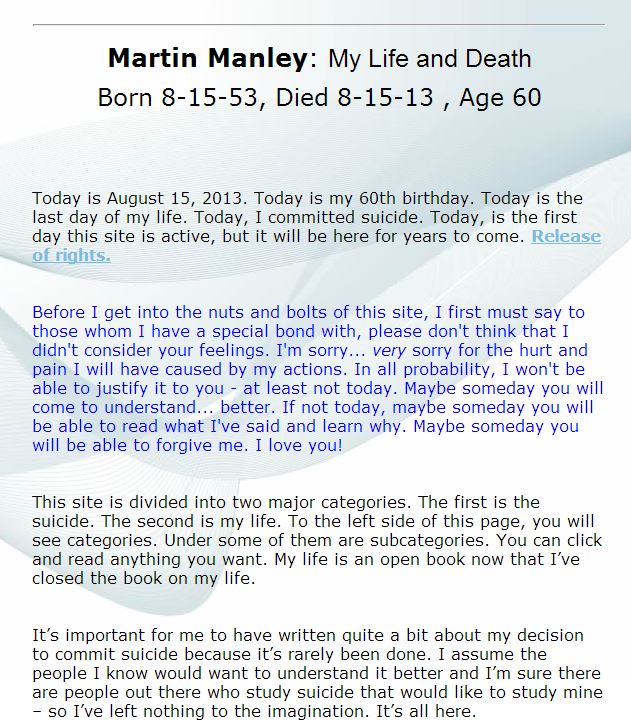 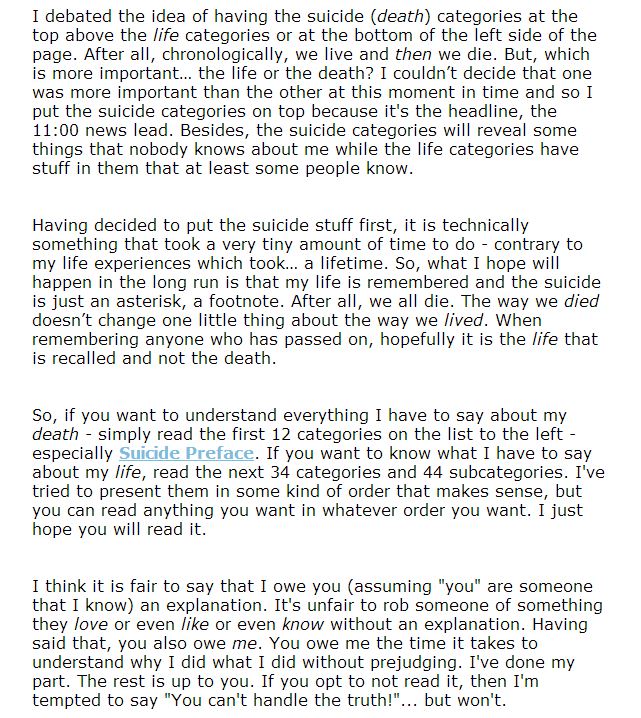 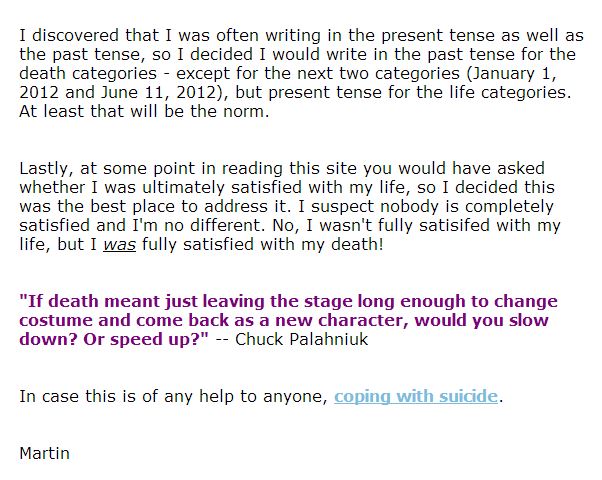 This is so sad… What was he thinking.

I hear Yahoo was his web hosting firm and they have cancelled his site for violating their policy.