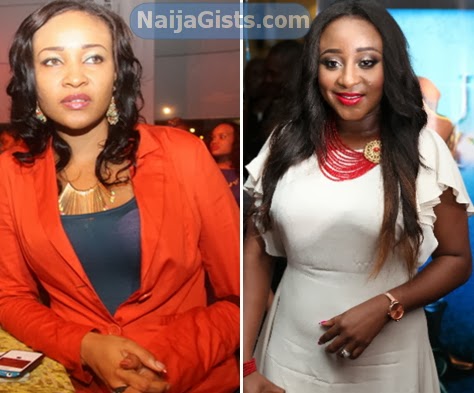 Online scammers and fraudsters are working tirelessly to tarnish the images of popular Nigerian celebrities.

After being alerted, the estranged wife of film director, Daniel Ademinokan, lamented how her name is being dragged in the mud.

“I can’t believe someone would sit somewhere to tarnish my hard-earned image and name. I only got wind of this recently and I’m working with my team to nab this criminal, whom I heard had defrauded people of their hard-earned money, promising them heaven and earth,” she said.

On January 10, she sent out a BBM message, saying,“Good day peeps… I’m sorry to disturb you, but the denting and abuse of myself and hard earned name and image by a miscreant and criminal on the social media (BBM, Facebook and Twitter) has compelled me to do this. The criminal with BBM pin 3286734E has been defrauding and duping innocent and ignorant fans of Doris Simeon… I implore everyone to dissociate from this criminal, as I don’t transact business on the social media or on the Internet. Please, beware and spread this…thank you as always…Doris Simeon.”

In another development, Nollywood actress Ini Edo, has, again, cried out against impersonation by some unknown persons in recent time.

It was not the first time that the beautiful actress and some of her colleagues had raised the alarm over such undisciplined practice, warning unsuspecting members of the public not to fall victims of fraudsters.

In a BBM message, the actress said, “My attention has just been drawn to some fraudulent acts being perpetrated by some criminals using my social media accounts: Facebook and Twitter. They have been compromised. I’m hereby warning these fraudsters to desist from this act. I also advise my fans and unsuspecting members of the public to be vigilant, so they don’t fall victims. I have not asked anybody on Facebook or Twitter to pay money into any account. Please, be careful. Kindly rebroadcast this broadcast till it spreads. Thank you.”

It will be recalled that the actress had in 2008 called a press conference in Lagos to clear her name in some scandals bordering on her personality.

At that time, some people had claimed that she duped them money and gift items.

For her, it was a most trying period because she had just been granted pardon after she was placed on suspension by the Actors Guild of Nigeria, AGN, over a petition by a movie marketer who accused her of indiscipline and insubordination on his movie set.