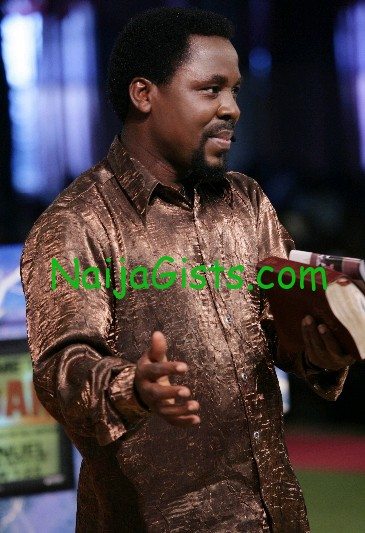 TB Joshua laments over the weekend that fraudsters are impersonating him on Facebook. naijagists.com

He described the situation as disheartening as the fraudsters had introduced several blogs and Facebook accounts to swindle unsuspecting members of the church and other donors worldwide.

Prophet TB Joshua who raised the alarm at the weekend through the church’s official Facebook page, said he had never had a personal account on the social internet site, but was shocked to discover that several people had opened accounts in his name while others have done it through the church and some of its ministries through which they swindle unsuspecting members of the public.

In some cases, some of the fraudsters have thousands of followers and loyalists on such fake Facebook pages.

“Although the fraudulent Facebook pages are too numerous to mention, our attention has been especially drawn to the following account: ‘TB Joshua Ministry Can Change The World.’

“We were shocked to see the account has well over 40,000 followers and the writer of the site is even receiving prayer requests from people in the name of TB. Joshua. What appalling deceit! It is time to put an end to this,” TB Joshua lamented.