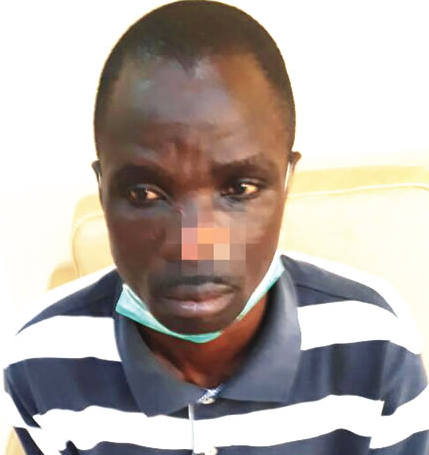 A man has been disfigured for life by his best friend.

On Thursday the 26th of January 2017, Mr Joseph Ajaye was confronted by his best friend of 5 years, Mr Kayode Abiola for allegedly snatching his customer.

The duo soon became sworn enemies. We learnt some friends called a peace meeting to settle the ongoing feud between the two however, they reportedly engaged each other in a verbal war of words that later turned physical after the suspect pushed the victim into the gutter.

In the ensuing scuffle, the suspect allegedly drew the victim close and bit off his nose.

The bizarre incident happened in the Abule Oja area of the state.

The suspect has been arrested and charged to court while the victim is exploring legal options to force his attacker to pay for his nose reconstruction surgery.