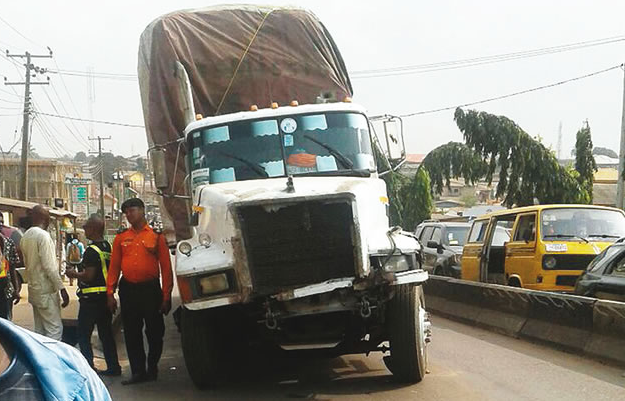 A young student of Yaba Tech died yesterday while trying to save her younger brother’s life in Lagos.

The 20-year-old victim, Bukola Ajayi was said to be taking her younger brother to school when a trailer which suffered brake failure rammed into them.

Bukola reportedly pushed her brother out of the tricycle they boarded but while she was trying to escape, the trailer crushed her to death.

The incident reportedly happened around 7am at Ekoro junction in Abule Egba area of Lagos State yesterday.

Sympathizers reportedly placed her corpse by the roadside while awaiting police arrival.