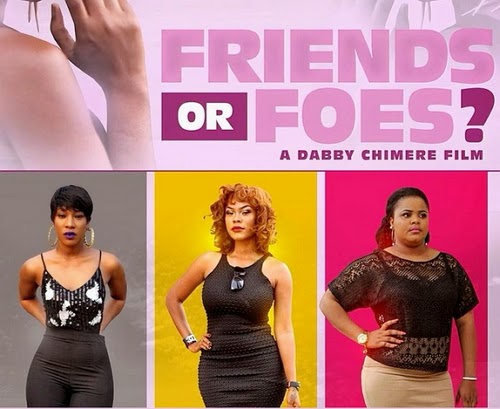 Budding actress Dabby Chimere has released her first movie and it has met with critisim from Nollywood movie lovers worldwide.

This is what Dabby said about the movie:

“The movie would bring to light what up-and-coming female actresses undergo at the hands of movie producers and how celebrities scheme to make newspaper headlines through scandals. We premised the movie on four beautiful career ladies, a producer, an upcoming musician, an A-list actress and a celebrity stylist. In fact, it is a controversial true-life story based on lies, deceit and betrayal. The question that will be left in the minds of viewers would be if the four ladies are friends or foes; and that is where suspense will come in.

Contrary to Dabby’s promise, movie watchers gave the movie 2 out of 5

Here are some reviews from folks who have watched it: