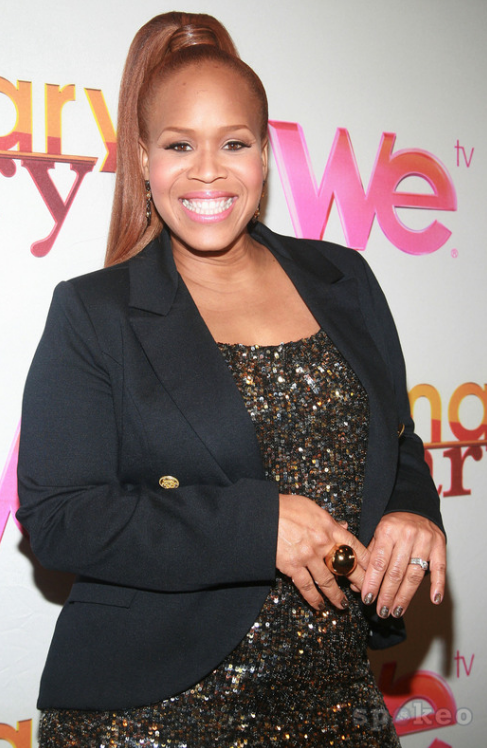 During the show, Tina gave a testi­mony about how her faith in God helped to overcome a personal challenge that would have made her to commit suicide.

Just as they finished performing their title song, Can’t Just Give Up Now, Tina told the worshippers to believe in the strength and hope that come from God in the midst of overwhelming challenges.

“Going through a situation I thought I would never go through, I wanted to take my own life and that of other people. I never saw sense in forgiving the people that hurt me, but God told me to let go,” she said.

Tina, who divorced her husband in early 2014 after accusing him of infidelity, said further: “In the pit, at my lowest point, God brought me out.”

The turnout at the ceremony, which lasted from 9pm till dawn, was massive as the audience worshipped and danced to soul stirring gospel songs. Other artistes that performed at the show included Sam­mie Okposo, Nathaniel Bassey, Kenny Kore, Chioma Jesus, Lagos Metropolitan Gospel Choir and many more.

See photos of the two at the event below: 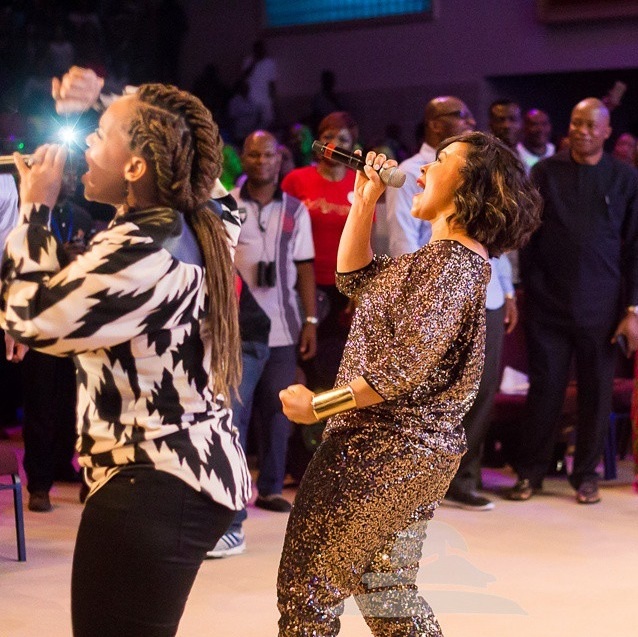 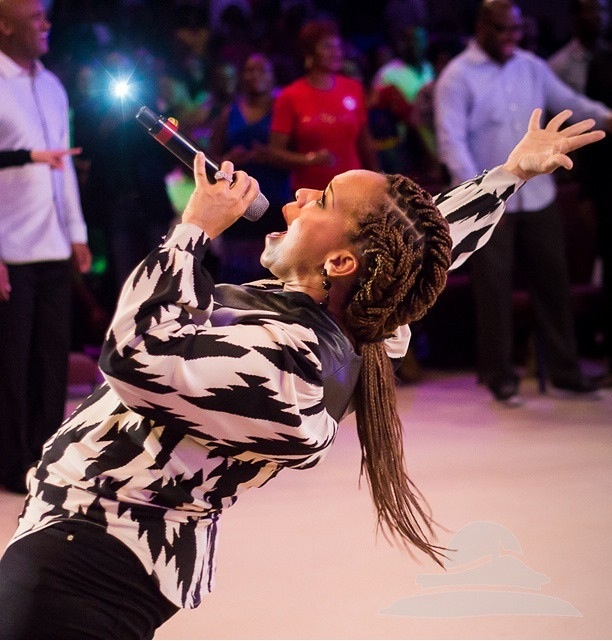