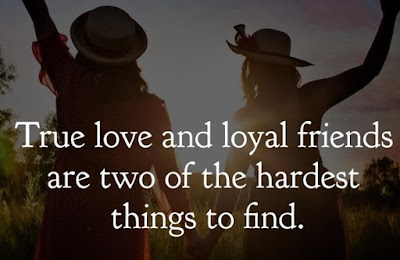 Nov 16, 2017 – Friendship: The Fabric That Holds The World Together

“Are you joking? What about those times you say, especially to the female friends of yours that you miss them.”

“I only said that to keep the conversation going. I don’t really mean them, not that I deceive them though.”

That’s a candid expression by Tunji, a six-month old graduate of the University of Ibadan when he was asked about his friends back in school and if he missed them.

That brings to mind the true worth or value of campus friendship. Is it just meant to stop in the campus or probably after some days after the whole campus thing?

So many people are friends simply because of a circumstance or situation. Oh, she has a material and I need it, so let me ensure that we are on talking terms before I ask her about it. Then afterwards what happens, nothing!

“I see now that most of the friends I made then were just because of the situation at hand. Now I can’t say I have friends, though I thought I had some in school. It’s as if I will always make friends and dump them. If possible, I wouldn’t even make any at all, ” Tunji said.

Don’t you think you can feel the same way Tunji is feeling now? Or you are the real culprit of the menace.

Someone thoughtfully said that no one goes to the opposite direction of where his or her friends are headed. What happens when you don’t even have friends, when you are alone as Tunji perceived himself to be, what direction would you go?

“I know I need friends but am just tired of momentary friends, especially the female friends. They never reach out to one first, I don’t know if they thought I would take them for granted if they do.” Tunji continued.

I know the number of times I have complained about my friends not doing anything to keep our friendship, especially the females. Even the guys too sometimes are the same. Some would even say they are busy and I will be like, so I’m the jobless one.

No friendship can last if only one party contributes to its survival. We all need friends, and we mostly need them under some circumstances, but what about when the circumstance is off, no more friendship?

“What even makes me angry at myself sometimes and makes me feel I’m selling myself cheap is when I have no rest of mind if I haven’t called someone I remember I have spoken to for a long time. I don’t have peace until I call the person and that to me is a punishment for a crime I didn’t commit. I wonder if they ever felt that way too.” He lamented.

Friendship is so important that we can’t overemphasize it. It is the fabric that holds this world together. No two true friends will ever act in order to make the other fall. Assume that Kim Jong-un and Donald Trump are friends, no one will ever abuse the other. There wouldn’t be an old or a short and fat person.

If making friends is easy but keeping them a bit hard, then it’s time we focused on keeping, not just making to meet our immediate need.

Take out time to reach out to friends, you may be hurting someone if you don’t. Never say you are busy to call, it costs nothing to take out one minute to say Hi. Start today!

Continue Reading
You may also like...
Related Topics:friendship, World

Ritualists Now Have Branches In Most Naija Cities.. How Humanity Is Being Sacrificed On Altar Of Greed
Nigerian Women And Owanbe Are Inseparable