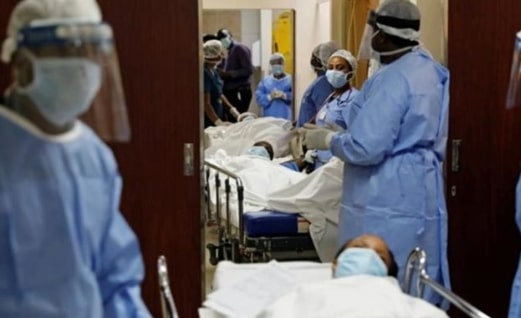 From China With Love!

China may have pissed on its own parade with its worrisome handling of the COVID 19 pandemic but it has other wrinkles that could be as worrisome as the pandemic.

After decades of isolation and seeming apathy to global affairs, China’s brandishing of its soft power to woo diverse countries across the world is in full throttle. In Asia, Latin America and especially in Africa, China is building roads, dams, seaports, railways and the like.

In Africa, China has become an ubiquitous construction colossus, handling out multibillion dollar loans and credit lines to countries whose miserable economies make them attractive target for the Chinese economic bulldozer. From East to West Africa, countries are literally scrambling to gobble up soft loans tied to massive infrastructural projects executed naturally by Chinese companies.

These crazy loans sometimes are designed to take several decades and even lifetimes to repay if ever. Why has china suddenly emerged as the kindest country in the world?

Before the Chinese economic behemoth started dangling their sugarcoated baits in Africa and other parts of the world, the Japanese had tried to buy up the world power with their soft power, acquiring prime real estate, for instance, in mid-town Manhattan in New York that included Rockefeller center and Radio City hall.

Japan incorporated also gorged on other iconic American properties that included Columbia Pictures. But like we all know, the great financial meltdown happened and the bubble burst and by 1995 Japan the great Asian financial superpower beat a hasty retreat, disgorging most of its properties stateside that it had spent well over $1 billion to purchase.

The Japanese arrogance regarding the uniqueness of their brilliant and hitherto invincible economic model was now replaced by shock and disbelief accompanied by intense soul searching over how on earth their globally- acclaimed success story turned sour so quickly.

Xinhua, China’s state-owned news agency occupies and office in Times Square in New York broadcasting programs and propaganda from a media group that they began life as the Red China News Agency. The move into New York City by China’s official mouth piece depicts the unmistakable ambitions of a country that in 2010 replaced Japan as the world’s second largest economy.

China’s state broadcaster CCTV has its headquarters in Washington D.C and obviously has been designed and programmed to compete with international networks like AL JAZEERA. Beijing, no doubt, is engaged in a soft power campaign that seeks to convince the world that its unlikely mix of a dynamic economy and political totalitarianism can serve as a valid model in the 21st century.

China wants to convince the world that its rise as an emergent world power is anchored on peace and co-operation but that does not stop china from flexing her muscles when necessary. In Asia, where she perennially spars with neighboring countries like the Philippines over territorial boundaries, bellicose language and the flexing of her considerable military prowess are often employed to intimidate neigbouring countries who would definitely have second thoughts about taking on China in a fight.

The Nigerian government sometime in 2018 went on a well-publicized official trip to Beijing in a high powered delegation led by president Buhari, ultimately inking a bouquet of trade deals. Now that the ink has dried on the MOUs, the onus now is on the Nigerian authorities to periodically review our commitments to China.

China may well have a pleasant benign and kindly face just like your old uncle but it is also possible that the charming and patronizing face may just be a mask, hiding a hideous stone-face that would send a chill down one’s spine.

China’s soft power replete with crazy loans and brigades of hardhat- wearing construction workers may well be like an iron fist in a velvet glove! The slave trade may have been abolished over a century ago bu economic slavery is just as insidious and dastardly.

For African countries doing business with China, looking before you leap remains a viable nugget of practical wisdom!

About the author: Emmanuel Ita Akpaka is a film-maker, publisher and novelist with his latest novel Kalimbo Island available on Amazon.com

Continue Reading
You may also like...
Related Topics:covid 19 from china