Posted on December 31, 2017 by Naija Gists Leave a comment 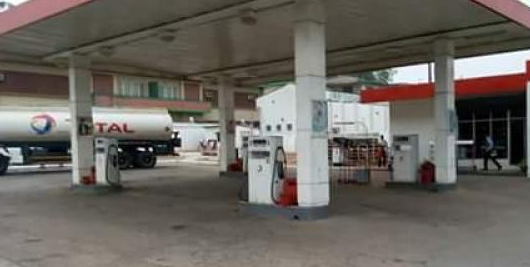 December 31, 2017 – Fuel Scarcity: My Experience At A Petrol Station In Eleyele Ibadan On Boxing Day

Shuffering and shmiling through the petrol crisis: a plague on the houses of both the government and the marketers!

My experience at a petrol filling station on Boxing Day at Eleiyele in Ibadan. Since you are a believer, please accept my invocation of God as my witness. Well, what happened at this filling station? I had almost driven past it when I observed that an SUV truck was being attended to. Counting myself lucky for finding a station that was selling petrol without a long queue, I pulled into the station, only to be immediately told that “there was no petrol”.

“No petrol?”, I asked the attendant. “How can you say there is no petrol when I am watching you sell petrol!”

In total surprise at being told to disbelieve the evidence of my own eyes, I continued, “Mr. Man, is that not petrol that you are selling? Or you want to tell me that it is pure water that you are pumping into the tank of this truck?”

The attendant’s response to this was instantaneous: “Well, since I say there is no petrol and you say there is, why don’t you come and sell it to yourself?”

At this point, the message that the attendant was trying to convey to me by his absurd declaration that there was no petrol when he and I could clearly see that he was pumping petrol into the tank of a truck hit me: he was not talking about a factual or phenomenological absence of petrol; he was talking about an imaginary or phantasmagoric absence that had absolutely nothing to do with objective reality. In other words, in material terms and by the physical laws of sight, movement and flows, there was petrol. But by another law, another logic that exists in a hermetic universe known only to the attendant, there was no petrol. So, therefore, there was no contest and the attendant won the battle of what you see is not what you get.

I drove away from the filling station “shuffering and shmiling”, in Fela’s immortal words. Needless to say, the attendant was not smiling. And I don’t imagine that he was suffering either. He and the whole brood of oil marketers, filling station attendants and emergency Black Marketers that line the streets of the Sabo area in Ibadan. And the government. None of them is shuffering and shmiling. A plague on all their houses!