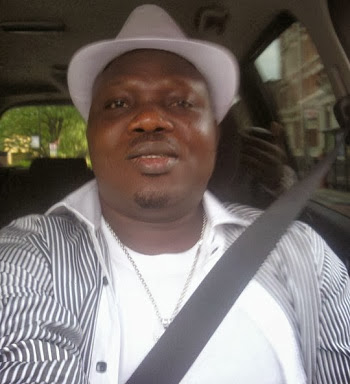 Two persons so far have died in the fracas at Ifo, Ogun State, western Nigeria when policemen providing security for popular fuji musician, Sefiu Alao, clashed with thugs who attacked the musician for refusing to give them money.

The clash occurred during the conferment of chieftaincy titles on some residents of the town. The event took place at Okepata.

It was gathered that trouble started when the hoodlums stormed the venue where 26 people were conferred with chieftaincy titles by the Baale of Ososun land, Arogunyo Lonlo.

The hoodlums went straight to Alao and demanded to be ‘settled’ before they can allow him to continue playing. Efforts to placate the hoodlums proved abortive as they insisted that they must be settled before he could continue.

Violence erupted when aides of the fuji musician tried to dislodge the hoodlums. In the confusion that followed, policemen invited to provide security engaged the hoodlums in a shootout during which two persons were hit by stray bullets. One of them, a lady died on the spot while another died in the hospital Tuesday where he was rushed.

One of the victims of the shootout was Mariam Okikiade. Before her death, she was working at her brother’s satchet water factory in the town.

The deceased, a mother of one, was described as a gentle woman.

The deceased’s elder brother, Murtala Okikiade, said it was sad that his sister could not be rescued by those present at the scene.

“I was very sad when I heard that Mariam was shot at the party. I left her at the party and went for an assignment only for me to return and learnt of her death. Frankly, I don’t know what to do now.

“The most annoying part of it is that the people at the scene did not attempt to rescue her as they were all trying to avoid police arrest.Without any apology, I feel disappointed that the chiefs could not rescue my sister,” Okikiade fumed.

Some of the chiefs that were given titles were said to have taken to their heels when violence broke out.

Baale of Ososun, Chief Arogunyo Lonlo lamented the incident, describing it as a stain on his personality.

All efforts to talk to the police proved abortive..

Mr. Deacon Ademola, a resident of Ososun, appealed to the government to fish out the killers.