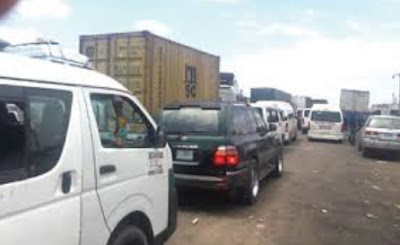 At least 8 persons were shot dead on Tuesday while two persons were kidnapped when gunmen suspected to be herdsmen attacked passengers on Ore-Benin Road in Odigbo LGA Area of Ondo State.

According to a female student, who survived the attack, the armed men shot sporadically at the buses and forced the passengers to flee, leaving their buses and belongings on the road.

The terrified lady told our correspondent that the incident caused gridlock for hours on the Ore-Benin-Lagos Expressway.

The female student, who spoke with our correspondent on the phone, said she was returning from school when they ran into the herdsmen on the road.

“I’m schooling at Igbinedion University, Okada. I had planned to return to Lagos on Sunday but when my friend told me her parents were coming to pick her, I decided to go with them and save my money.
“We set out early. We got to Ore about 2:30p.m. But immediately we got to a village after Ore 30 minutes later, we saw three commercial buses parked on the highway in between the buses were two cars. We all thought it was traffic.”

The student added that the traffic had built up. But before she knew what was happening, some people who dressed in Fulani regalia came out of the buses and started aiming at the tyres of vehicles in the traffic.

“Before we knew what was happening, they started shooting those who tried to escape into the bush and a lot of people were killed in the process.
“They operated unchallenged, there was serious commotion on the expressway; even the villagers also run for their lives. It was a driver of a sport utility vehicle who came from behind and chased the herdsmen away from the road.”

Others buses belong to Young Shall Grow and Iyare Motors.
For 30 minutes, the source said, vehicles could not move on the major road linking the states as policemen who were at various roadblocks on the road ran for cover. He said the situation was brought under control after the military men moved in to dislodge the gunmen.