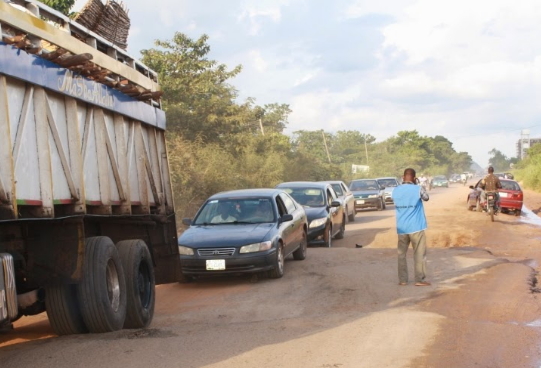 The magistrate, Mr Alhassan Husaini, while giving the order, said that the two-count charge preferred against Haruna was not bailable.

“It is hereby ordered that the accused be remanded at the Federal Prisons, Koton-Karfe; he cannot be granted bail,” Husaini said.

The magistrate adjourned the case till April 17 for mention.

The accused was charged with criminal conspiracy and kidnapping, contrary to section 97(1) of the Penal Code and Sections 4(1) and 2 of the Kogi State Kidnapping and Other Related Offences (Prohibition) Law, 2015.

According to the prosecuting counsel, Mr Adeboye Awoyale, the kidnap case was reported by one Sam Ayinigba of Zenith Bank, Lokoja on November 15, 2016.

Awoyale told the court that on the said date, the police Special Anti Robbery Squad received a distress call from Zenith Bank, Akure branch, that a senior staff of the bank, Morayo Abiodun Ogunleye, had been kidnapped.

According to him, Ogunleye, who was traveling to Abuja on an official assignment in the company of her driver, was “violently stopped” at a spot between Osara and Irepeni on Okene-Lokoja highway, by armed Fulani men.

The prosecutor alleged that the Fulani men crowded into the road and started shooting sporadically at her Hyundai Sonata vehicle, forcing the car to a halt.

He said that the hoodlums later kidnapped the banker and her driver, and took them into the bush before calling Ogunleye’s relations to demand N10 million ransom.

Other items found in his possession included a verification card as well as Union and Diamond Bank ATM cards.

The prosecutor said that Haruna was also found with some passport-sized photographs of the victim, adding that he could not give satisfactory explanation as to how he came by the items.

Awoyale said that investigation into the case was in progress, and urged the court to remand the accused in prison.