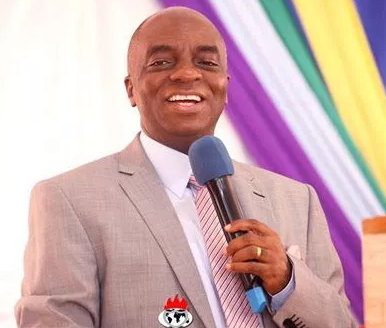 July 27, 2017 – Bishop Oyedepo Declares War On Those Planning To Islamize Nigeria, Says They Will Not Succeed

Bishop David Oyedepo during the mid-week service yesterday spoke out against the mayhem caused by Fulani herdsmen across the nation and other issues bordering on the state of the nation; warning Nigeria may be on the brink of collapse if no measure was taken to address the trend.

Oyedepo, in a statement, reiterated that churches in the country would not continue to keep quiet and watch an Islamic agenda for Nige ria being executed while he was still alive.

Oyedepo, speaking on what he called an Islamic agenda said: “God has chosen Nigeria as a place in His heart as an end time platform to spread the gospel to the world, but there are forces both spiritual and physical, that are out to fight this move.

“During the 2015 elections, I warned that God has shown me there is an Islamic agenda for Nigeria and I asked people to vote wisely and pray no Islamist would be elected at any level of government. I was scorned and people even took my message out of context. Well, here is the latest and I am warning you again.

They first said all church founders in Nigeria, who served for more than 20 years must resign and hand over to someone else, but God brought the plan to naught.

If that had succeeded they were also going to tell us what to preach on the pulpit in churches too.”

I grew up knowing them as a little boy. They carried bow and arrows. Since when did they learn how to shoot AK 47s as trained soldiers to attack villages where Christians live? Each of those guns cost about N2 million.

Where will a Fulani herdsman get such money from to buy just one gun? How many cows will he sell before buying the gun?

Truth is, these are jihadists imported into Nigeria hiding under the guise of herdsmen and sponsored by people from certain quarters to achieve an agenda in Nigeria but God will expose them,” he assured.

The bishop also revealed that there was a systematic agenda to Islamise the nation through the country’s education system but that God had exposed them.