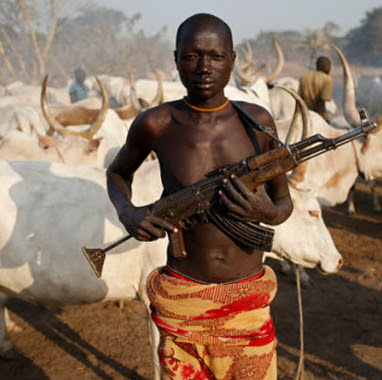 Some Fulani cattlemen have again invaded the farm of the former Secretary to the Government of the Fed­eration, Chief Olu Falae in Akure, killing one of his security guards.

A reliable source hinted that the herdsmen stormed the farm located at Ilado in Akure North Local Gov­ernment Area of Ondo state, kidnapped the secu­rity guard and later killed him.

The corpse of the secu­rity guard, according to the source was later discov­ered inside a pool of water which is few kilometers to the farm.

It was gathered that the herdsmen invaded the farm last weekend and they were restricted by the security guards engaged by Falae following incessant inva­sion of the farm.

The herdsmen according to sources retreated only to surface again and report­edly kidnapped one of the security guards on the farm who was later killed.