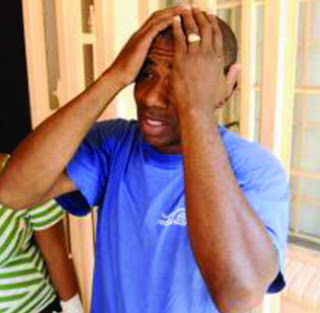 Families of two Igbo business­men who were kidnapped recently in Amuwo Odofin Local Government area of Lagos State are undergoing trauma. This is because, more than two months after paying over N490 million to secure their release, their abductors are demanding another half a billion naira. These payments have left their families perplexed and frustrated.

A notorious gang of kidnappers has in recent times, refocused their attention on Igbo businessmen in the area and other residents as well. The gang, which appears to be far ahead of security operatives going by their modus operandi, has been raking in billions from their victims, most of them, multi-millionaire Igbo busi­nessmen at ASPAMDA, Trade Fair Complex, Lagos. The latest victims who were picked in January are still in the den of the kidnappers after their families had paid half a billion naira as ransom.

One of them is Frank Umeh, a multi-millionaire industrialist who was kidnapped on January 28, 2016 in front of his house in Raji Rasaki Estate, Amuwo-Odofin. He is yet to regain his freedom after the family was said to have paid N190 million to secure his release. His abductors were said to have told the family that he would be released as soon as the family is able to pay the current naira equivalent of $1million, which is about N320 million.

Another victim identified as Cos­mas Ojukwu Anayo, who was also picked few days before Umeh is also with his abductors. His crime: Ojuk­wu’s family, in an attempt to secure quick release of their breadwinner, quickly paid $1million dollars in less than a week. Their prompt payment irked his abductors who decided to double the ransom. They assumed that since the family could afford such amount within a short time, that means that they were worth much more than $1million.