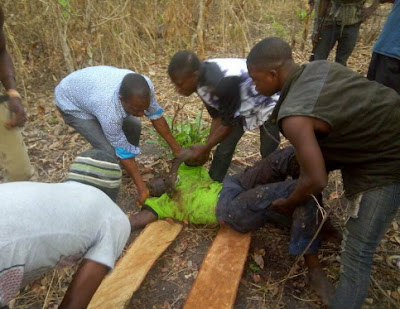 An innocent farmer was brutally murdered this afternoon while returning from his farm in Ekiti state.

The latest victim of Fulani massacre, a 32-year-old father of two identified as Olayemi Tunde was hacked to death in Ipao Ekiti, a town located in Ikole LGA of Ekiti state while returning from his farm after harvesting some Cassava.

The development has created tension in the town as some residents are now leaving for fear of becoming the next victim of Fulani massacre.

He is how Ikole Chairman, Abiola Ajayi narrated the incident today: 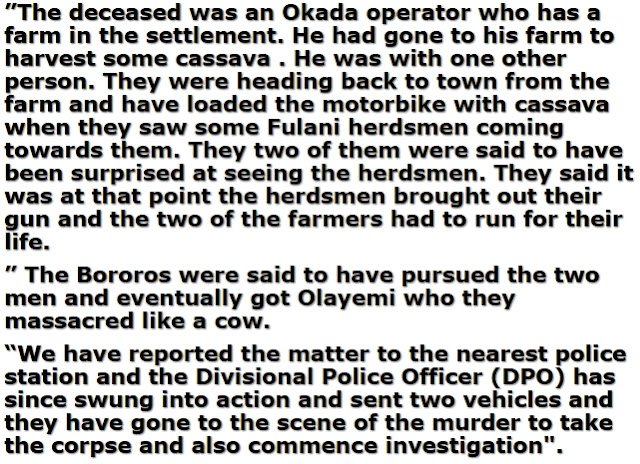 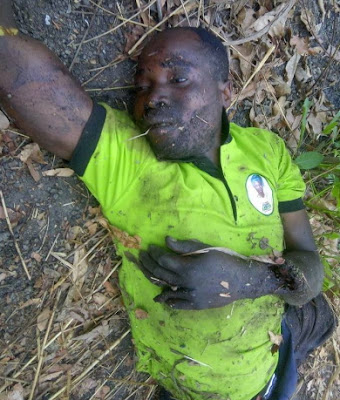 The head of local hunters in Ikole has vowed to deal mercilessly with any Fulani herdsmen spotted in the community to prevent such attack from reoccurring.

Here is what Adebayo Odeyemi who was very angry on the development said when contacted on phone today. 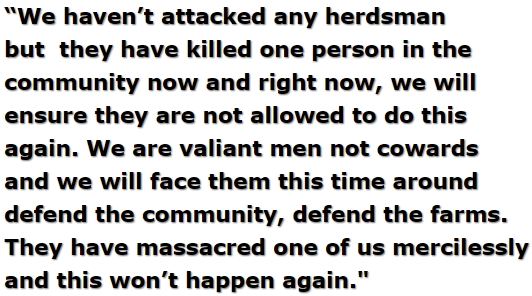 When will this brutality stop?.

NPF Withdraws 150K Policemen Attached To VIPs Over Lack Of Fund
My Son Stabbed Me To Death In My Dream, He Is A Witch – Says Father Who Invades Orphanage With Poison