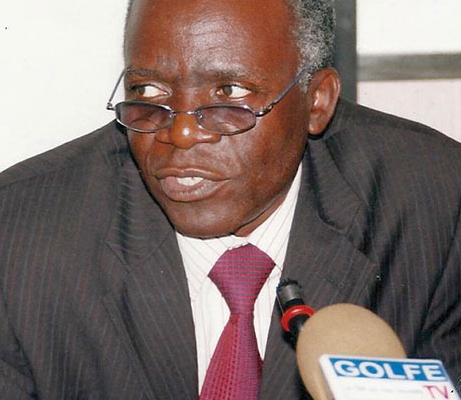 In October 2010, a traditional ruler and a college provost were abducted in Ekiti state by a gang of kidnappers. While the bandits were taking the victims to a hideout in Delta state a fatal accident occurred at Kabba in Kogi State. Both victims were killed while the kidnappers were seriously injured. The criminal elements were promptly arrested by the police and charged to court by the Kogi state state ministry of justice.

Although the trial court ordered that the kidnap suspects be remanded in prison custody, they escaped last year during a violent attack on the Lokoja prison by unidentified gunmen.
Shortly thereafter, the wife of the Speaker of Osun state was abducted in Osogbo. She was later found by a vigilante group in Ogun state. In Lagos, former chairman of Ejigbo local government, Kehinde Bamigbetan, was abducted. He was released upon the payment of a ransom of N15m. Since then several persons have been kidnapped and released upon payment of ransom negotiated by their family members.

Notwithstanding such incidents of kidnapping the south west zone was considered relatively safe. But the crisis of insecurity of life and property in the region became exacerbated after the 2015 general elections following the retrenchment of hundreds of armed political thugs and the escape of a number of prisoners at the prisons in Ado Ekiti, Akure and Sagamu in the last couple of years. The few kidnap suspects who were arrested were not charged to any court by the police while the prison management did not declare any of the prison escapees wanted.

No doubt, the kidnap of Chief Olu Falae, a former secretary to the federal government in his farm in the outskirts of Akure, Ondo state last month added a new dimension to the kidnap saga in the region. Embarrassed by the development President Muhammadu Buhari directed the Inspector-General of police, Mr. Solomon Arase to secure the release of the Chief. Barely 24 hours later Chief Falae regained his freedom after the payment of ransom by his family. Upon his dramatic escape from captivity Chief Falae disclosed that his abductees spoke “good English”. Based on such disclosure it is doubtful if the criminals who kidnapped Chief Falae are Fulani nomads. However, Chief Falae announced last week that his farm had been invaded again and taken over by a group of Fulani nomads. In a classical display of impunity the

Nigeria Police Force has failed to dislodge the lawless group.

Instead of calling on the security agencies to enforce the law by arresting and prosecuting the group some Yoruba leaders threatened that the south west region would secede from Nigeria if Fulani nomads are not banned from entering the region! It is unfortunate that the senior citizens who issued the threat did not address the legal implications of their demand. It ought to be pointed out that every Nigerian has a constitutional right not to be expelled from any part of the country. Leaders of the various ethnic groups should be worried over the involvement of educated young men and women in the menace of kidnapping throughout the country. Chief Falae is likely to be pained that the illegal occupation of his farm by a criminal gang may degenerate to civil disturbances between Yoruba farmers and Fulani nomads.

More so, that Chief Falae was at the 2014 National Conference where it was unanimously agreed by delegates that “In the long term cattle routes and grazing reserves be phased out to lay emphasis on ranching ” and that states which have large livestock populations should “endeavor to maintain grazing reserves.” It was further resolved that “An integrated development and livelihoods modernization programme should be designed and implemented to address the issue of settling nomadic herdsmen into settled communities based on established cattle ranches with fodder development technologies, including abattoirs, processors and other businesses along the livestock value chain.” The recommendations have been ignored by the Federal Government.

It is on record that not less than 10,000 heads of cattle are consumed in the south west daily. The majority of the heads of cattle are brought in malnourished having been made to walk hundreds of kilometres from the northern part of the country. Instead of issuing threats the Yoruba leaders ought to have mobilized the south west state governors to set up ranches and abattoirs for the production and distribution of meat in the region. For instance, through a PPP arrangement a modern abattoir, the largest in Africa, was built in Ibadan, Oyo State in 2011. But due to some inexplicable reasons the state government has refused to allow the abattoir to function. The Ekiti state government once had a ranch. It was established by the

Adekunle Ajasin government in the second republic. But it has since collapsed due to lack of maintenance. This is not the time to resort to diversionary or escapist solutions to man made problems. The ruling class should be compelled to address the challenges of establishing livestock, grazing reserves, ranching and modernization of pastoralist or nomadic livelihood in line with the aforesaid recommendations.
In conclusion, the police should move speedily to dislodge the armed bandits who have seized Chief Falae’s farm.

The Yoruba leaders should consult with the south west state governors with a view to addressing the increasing wave of insecurity of life and property in the region. All prison escapees should be declared wanted and fished out by the police. Governments should embark on massive creation of jobs for the army of unemployed youths. In addressing the crisis of policing the country, state and local governments should be allowed to set up security outfits. Since northern governors are worried over cattle rustling their southern colleagues should link up with them with a view to having a holistic approach to the establishment of grazing zones, ranches and abattoirs. Unless these measures are adopted the country will continue to witness insecurity of life and property.

[About the author: Falana (SAN) wrote from Lagos.]