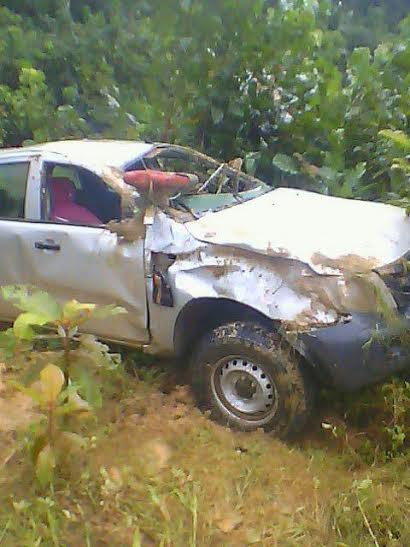 This is a scene from an accident that happened near Nembe around 5:21pm on Friday. 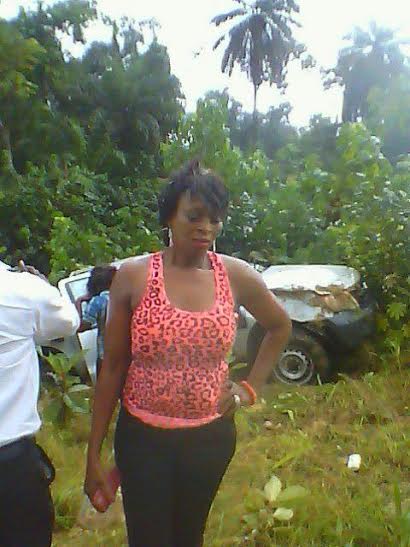 The above Hilux tumbled three times and Miss Bella (pictured above) was at the front seat of the car. It was a ghastly accident that people didn’t believe that anybody will survive from the accident and it was just God’s Mercy that saved them.

A lot of people were seriously injured in the car.

It was caused by bad road and heavy rainfall.

It was so frustrating and annoying to hear that all some people that suppose to rescue the accident victims could do was to collect their Ipads, clothes, cameras and money.

Thank God there was no loss of life. 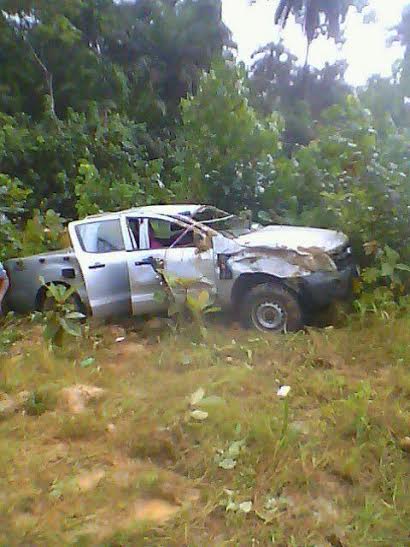 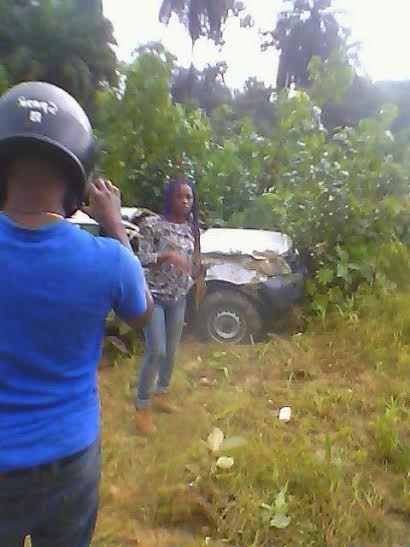 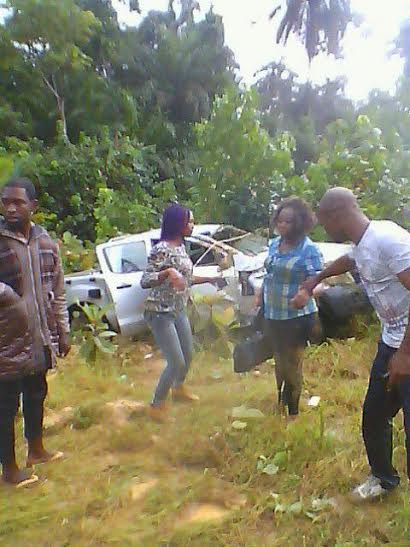 Continue Reading
You may also like...
Related Topics:accident, bayelsa, nembe