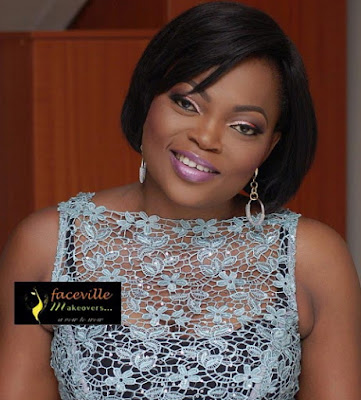 August 4, 2017 – Funke Akindele To Fan: If You Think Jenifa’s Diary Is Boring, Then Stop Watching

Funke Akindele Insults Fan Who Said Jenifa’s Diary Is Too Boring..Tells Him To Stop Watching

Jenifa’s Diary star, Funke Akindele recently reminded fans to watch her comedy sitcom, Jenifa’s diary however, a fan, Olufemi OAP quickly replied saying he is tired of the show, asking the actress to bring up something different.

Funke Akindele immediately clapped back at the fan, telling him to stop watching.

See Funke’s response and comments from others below: 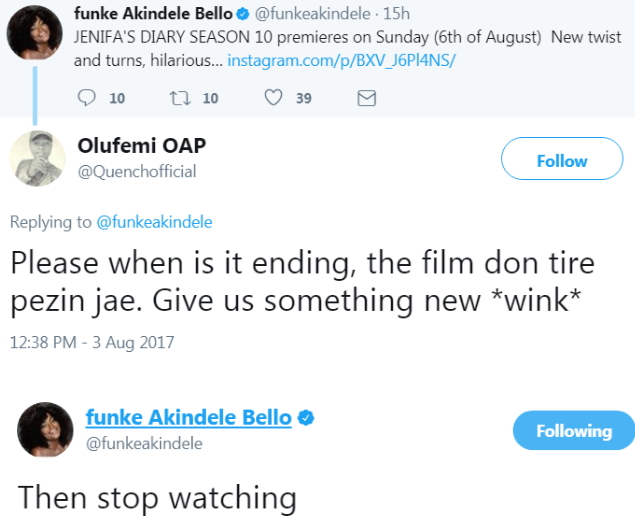 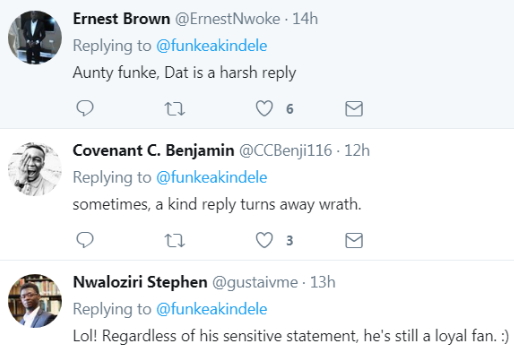 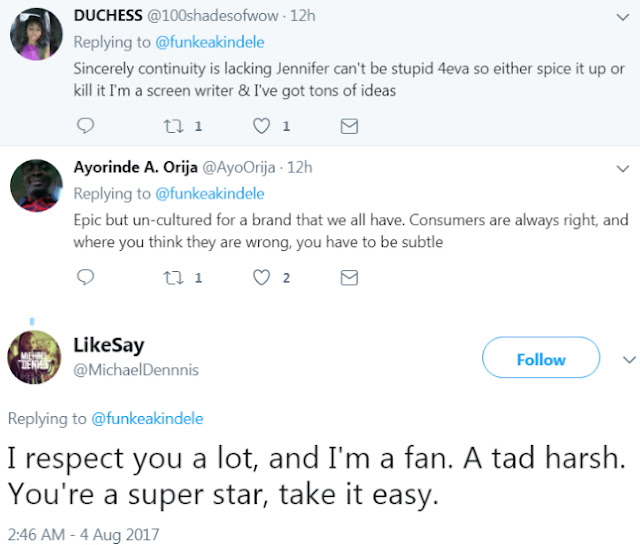 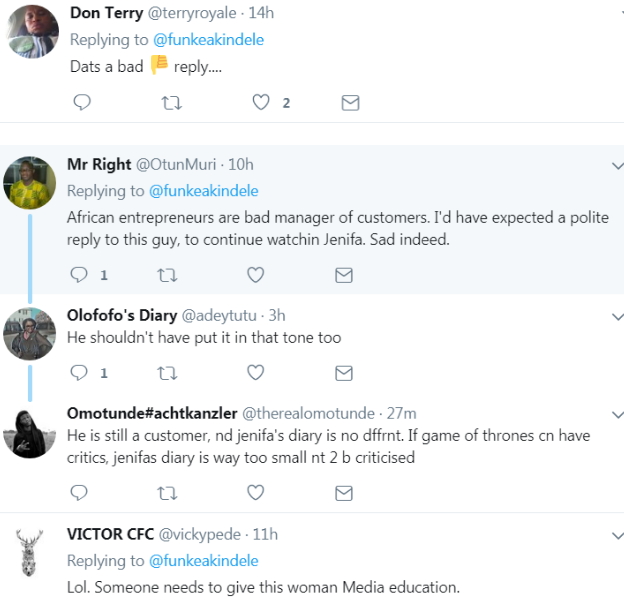 What will happen if fans stop watching her show?.