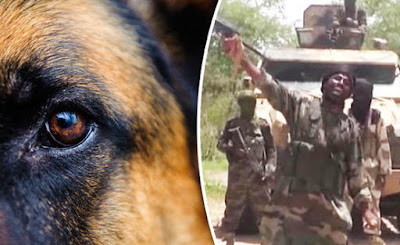 2  dogs today foiled an attempt by two suicide bombers to carry out a deadly attack at Moloi General Hospital in Maiduguri Borno state.

According to an eyewitness, the suicide bombers were prevented from entering the hospital premises due to persistent barking by the two dogs.

The source said when the bombers (male and female) tried to forced their way into Moloi General Hospital in Maiduguri, the dogs attacked them forcing to detonate their explosives.

Only the dogs and the suicide bombers died in the foiled attack.