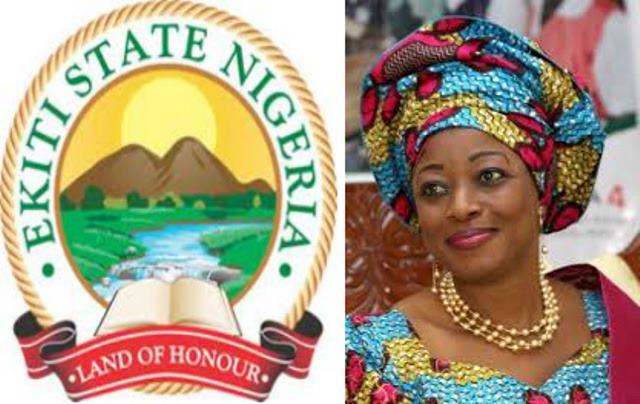 Though, Ekiti State’s administration didn’t come plain at that time, they eventually made it open after it became apparent that Funmilayo Olayinka is losing her battle to cancer.

We can authoritatively confirm that Mr Funmilayo Olayinka has died.

She lost her long-time battle to cancer in Lagos state Nigeria this evening.

Late Mrs Funmilayo Olayinka who worked as a banker for sometime entered politics few years back.

She was born Olufunmilayo Adunni in Ado Ekiti on the 20th of June year 1960.

According to insiders, Funmilayo Olayinka was diagnosed with Cancer early last year.

After a series of on and off time at work, she was asked to go on a mandatory leave in order to better treat herself.

She apparently died of late intervention.

Funmilayo lost her battle to terminal cancer on Saturday evening at a private hospital in Lagos.

She is survived by her husband and three children.