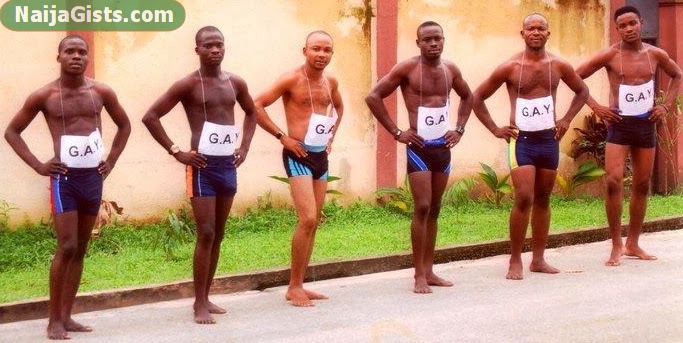 5 men had appeared in an Islamic court in Bauchi on January 6 and four had pleaded guilty under Sharia law to forming a gay club.

“They were arraigned by the Bauchi state Sharia Commission… following an allegation that they had formed a gay club and received $150,000 from the United States,” said court clerk Abdul Mohammed.

All five were remanded in custody until the next hearing on January 23, he added.

The Bauchi state Sharia Commission chief Mustapha Baba Ilela meanwhile said at least 12 people had been arrested on suspicion of breaking Sharia laws banning sodomy since the start of the year.

“All the accused were apprehended by the community, which is averse to homosexuality, and handed over to us,” he added.

“The suspects confessed to committing the act they are accused of without threat or inducement and we have the audio and written confessions.”

Dorothy Aken’ova, the executive director of the International Centre for Reproductive Health and Sexual Rights, added that the police in Bauchi had more than 160 names on a list and were planning arrests.

Since the law was signed, she said 24 people had been arrested in three southern states — 12 in Ibadan, Oyo; six in Owerri, Imo; and six in Awka, the capital of Anambra.

Most of the people arrested had previously been detained but had been re-arrested since the new law was announced, she added.

Nigerian President Goodluck Jonathan signed a bill into law against gay marriage and civil partnerships earlier this month, despite international pressure for him to reject it.

The legislation imposes penalties of up to 14 years’ imprisonment for anyone found to have entered into such a union, while anyone found to support gay groups or clubs runs the risk of 10 years’ jail.

The law, which effectively reinforces existing bans on homosexuality in Nigeria, has been widely condemned abroad as draconian.

The United States said it was “deeply concerned” while the UN human rights commissioner, Navi Pillay, accused Nigeria of trampling over the rights of lesbian, gay, bisexual and transgender people.

Gay rights activists within and outside Nigeria said the law legitimized homophobic violence and increased fears of persecution.

President Jonathan’s move has been widely accepted among evangelical Christians especially in the south.