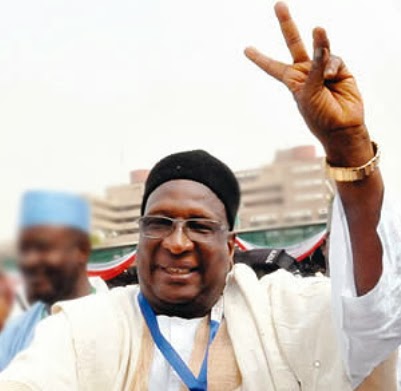 It is official the National Chairman of the embattled Peoples Democratic Party, PDP has resigned.

Bamanga Tukur’s resignation letter was presented to members on Thursday in Abuja at the 63rd meeting of the national executives of the party.

President Jonathan presented the content of the letter to the party members this afternoon.

He praised Tukur, who was also present at the meeting, and said that he had not committed any crime to warrant his forced resignation promising to give him a bigger assignment.

Sources disclosed that the President plans to make Tukur the ambassador of Nigeria to China in the upcoming days.

Come next week, a new National Chairman for PDP will be announced.