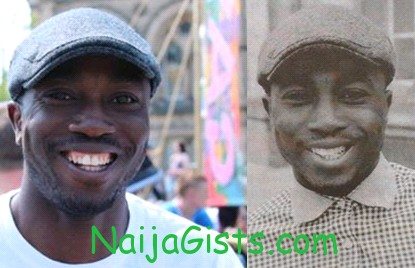 Olalekan M Ayelokun, a gay Nigeria asylum seeker who fled the country in 2004 for the fear of being killed because of homosexuality is currently being held at a detention center in the UK. naijagists.com

Olalekan is set for deportation this week.

Despite his cry for help over a possible death sentence and a campaign to let him stay in the UK, the authorities still insist they will deport him.

A judge at Bradford’s Immigration Court said he’s not convinced Olakekan was a gay and ordered him to be deported by the 6th of October, 2012.

Mr Ayelokun was detained last Tuesday after a routine appointment at the UK Border Agency’s Waterside Court offices in Leeds.

Jason Feather, a friend of Ayelokun told Gay Star News: ‘He was arrested with only the clothes he was wearing, since then he did not have a change of clothes.

On Tuesday, Olalekan Ayelokun has been moved to Collingbrook detention center in London where he will be deported.

Feather and other friends of Ayelokun have set up a Facebook group, an online petition and a sample letter to MPs, to try and stop him from being forced onto a plane back to Nigeria on 6 October.

His solicitor, Mark Taylor, appealing to the High Court in a bid to get the judge’s decision reversed.

However, a UK Border Agency (UKBA) spokesman told the daily Telegraph and Argus that Mr Ayelokun had lived in the UK illegally, having overstayed a visit visa that expired in 2003.

The spokesman said: ‘He did not claim asylum until 2011, after he was arrested by UK Border Agency officers for using false documents to gain employment.

‘At no point has he been able to provide sufficient evidence of his sexuality and our decision not to grant him asylum has been upheld by an independent immigration judge.’

Taylor, Ayelokun’s solicitor, branded the judge’s decision in as ‘extraordinary’, claiming three former sexual partners and other friends from the gay scene gave evidence on oath that his client was gay.

He said: ‘This young man is undoubtedly gay. The reality is he will die if he goes back to Nigeria. Homosexuality is an offence there and there is Sharia law in some places, so the reality is that he will die.’

Jason Feather told GSN: ‘My friend Ola Ayelokun may face death if he is deported to Nigera.

‘It is also contradiction of David Cameron’s pledge in 2010 who said that: “those Africans seeking asylum on the basis of sexual orientation and at real risk of persecution in their home countries should be allowed to stay in the UK”.

‘We are hoping the Prime Minister will step in and keep his word.’
Homosexuality is illegal in the federal system of Nigeria and is punished in different states in varying degrees of severity.

Omar Kuddus, chair of the British charity organization Gay Asylum slammed the UK authorities telling GSN: ‘To what length does a person have to go to prove he is gay?

‘The UKBA needs to understand that to be gay in Nigeria is a death sentence and as such how can they justify sending him back to his possible death?

‘The UKBA must realize that they are playing with lives and as such must show compassion and understanding.’

Who will kill him? Boko Haram or Bro Jonathan?