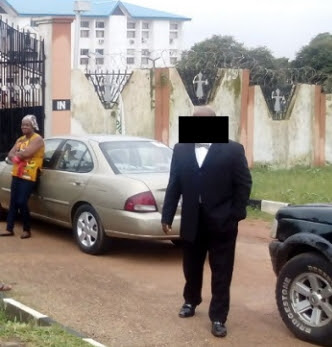 The officials of Anambra State command have arrested a prophet who allegedly raped a 13-year-old boy in Awka.

The suspect identified as 35-year-old Ekene Aboji reportedly defiled a 13-year-old shortly after a night vigil at the premises of Jesus Miracle Ministry in Ifite Awka area of Anambra on August 19, 2016.

The State’s Police spokesman, ASP Nkeiru Nwode said the victim sustained bruises on his anus and neck according to medical report.

Nwode said the young boy was advised by the prophet to stay behind after night vigil since it was too late for him to return home. The boy listened only for the suspect to forceful have carnal knowledge of him through the anus.

The suspect was arrested while trying to settle the matter with the boy’s parents.

The minor said he was forced to wake up from sleep when the self acclaimed prophet grabbed him by the neck and unbuckled his belt.

Prophet Aboji who is currently in police detention said he raped the boy to cure him of homosexuality.