The current rumour circulating the blogsphere is about the ongoing romance between Nollywood actress Genevieve Nnaji and footballer John Mikel Obi.

Though there is no official confirmation on which company the stars are promoting, but from the look on the photos, they are doing a form of commercial.

The Chelsea Midfielder and the Nollywood actress arrived in a Bentley and Aston Martin before heading into a private jet.

See more pictures of Mikel Obi and Genevieve Nnaji below 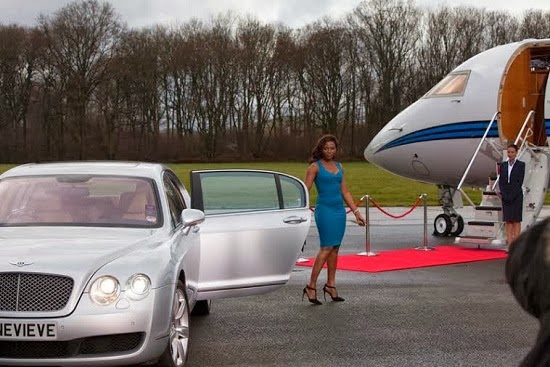 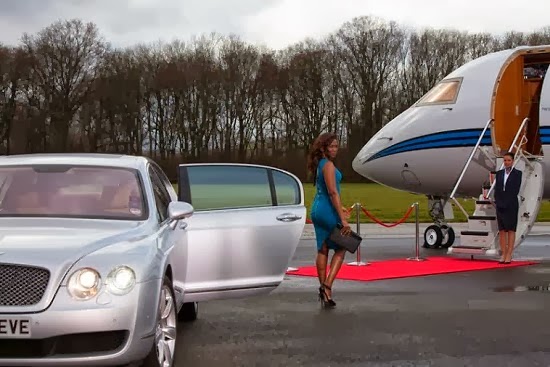 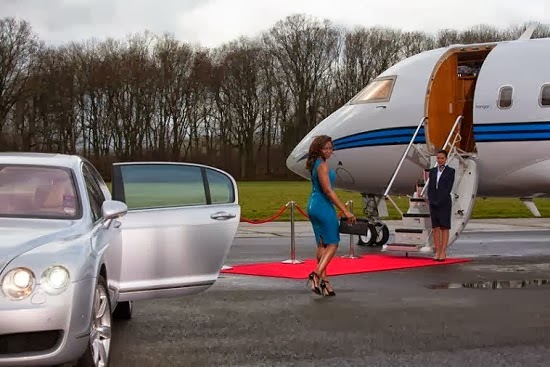 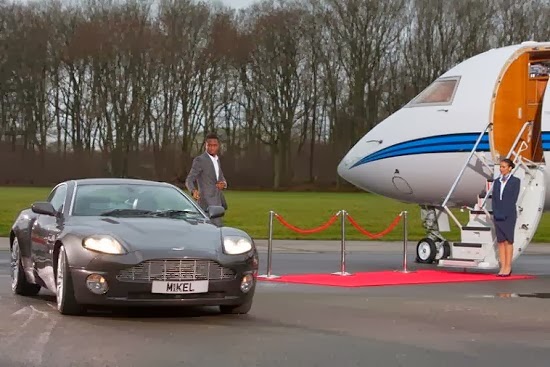 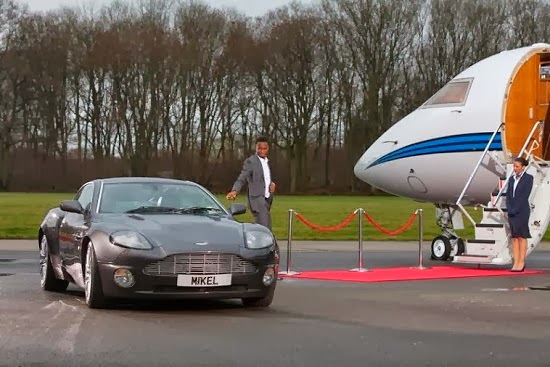 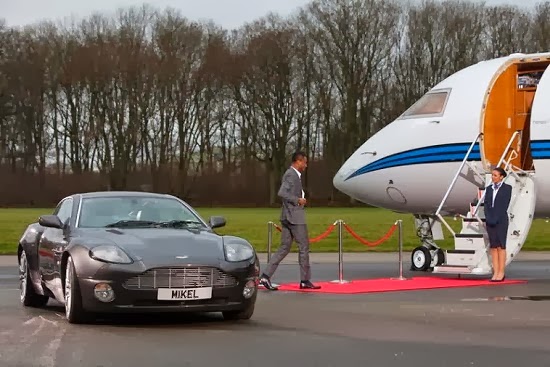