A prophet in Ghana has predicted the death of popular Ghanaian celebrities during a radio show.

The man in question is the founder of El Shaddai Prayer ministry, Prophet Samuel Baffour.

He categorically said God revealed to him the names of the celebrities who are currently in danger. 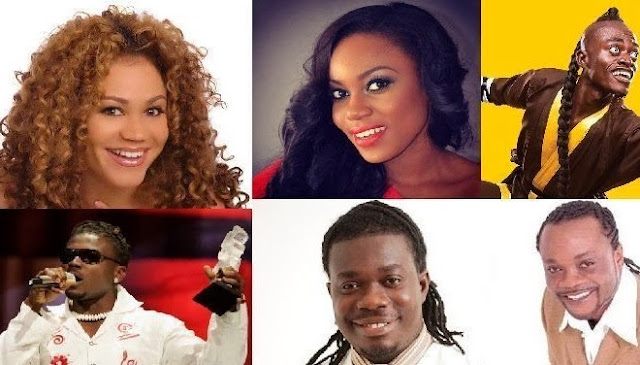 He also narrated how all of them will die:

Her death would be in a car accident just like Suzzy Williams who died in a motor accident in Labadi Tema Road.

Her haters in Ghana want her dead. They are plotting to stall her progress.

Such crisis would sink her so low that nobody recognises her anymore. This will eventually result in her death.

Another death on the road has been predicted. Kumawood actor’s life might end in bizarre circumstances. He will either die by knocking down somebody with his car, which will result in his lynching, or he will drive his car into a tree or an electric pole.

Obour, President of Ghana Musicians Union will die of poison

The President of Musicians Union in Ghana is also at risk, according to the prophet. When Obour visits a funeral ceremony of a fellow musician, some haters would poison him. Therefore, toxins would kill Obour.

The prophet warned that some persons in the music industry are planning the death of the ‘African Dancehall King’, Samini. His name was actually first seen by the prophet. Some people are envious of artiste’s talent and success, so they may harm him, which will lead to his death.

This is serious…..But he didn’t mention when it’ll happen…..

Here is my concern with this prediction…. when you see bad thing about others, why don’t you pray for them with your prophetic power….