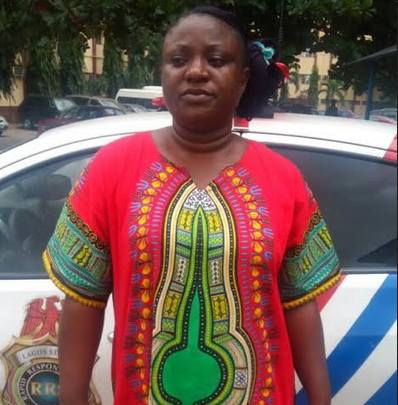 The 35 year old graduate, a single mother from Cross-River State, lives at 33b Silifatu Abioye Street, Ogba, Oke-Ira. She works as a network marketer for a popular product based in Ikeja.

The suspect confessed to the crime during an interrogation by the RRS Decoy Team after her friend and business partner, Nkiruka Okon made a report of fraud against the suspect before her arrest.

Assah – Assor in her words said, ‘I met Okon in Port-Harcourt in 2008 where she works as a banker with a commercial bank. We were just friends as at then.

But later in 2015, I marketed a product to her called Healthy Halogen Oven, a product imported into Nigeria by a networking marketing company called Avenues to Wealth. 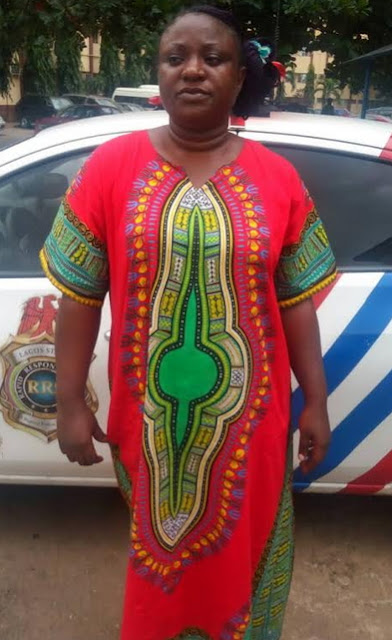 As a network marketer and a partner to the company, my duty is to bring potential customers and partners into the business for a win – win profit making both for the customer and myself.

I told Okon about the Healthy Oven which was one of the products of Avenues to Wealth sold for N12,000 at company price.

We agreed to partner in buying large quantity of the product, myself and Okon would put together the financial capital while I do the marketing and transportation of the product to the customers”.

Nkiruka in her words said “ I got interested in the healthy oven marketing business and decided to go into partnership with Gladys, whom I have known since when I was residing in Port-Harcourt.

I made a deposit of N4,500,000 to Gladys account on the agreement that after sales I would be collecting back N7.5m plus the profit but she refused to stick to the plans as agreed in our memorandum of understanding.

After I contacted her for my money, she refused to pick my calls and absconded for over one year. Then, I realised I have been duped by the person I thought was my business partner”.

‘All effort I made to persuade Gladys to pay my money proved abortive as she continued to give me one excuse or the other.

During one of our confrontations in 2016, Gladys issued me a dud cheque of N3m, N2m and another N2m making N7m in total but the bank told me the cheques were not payable’, Okon stated.

Meanwhile, it was discovered in the course of investigations that Gladys also duped another lady who investigators declined to reveal her identity.

Assah-Assor also confessed to have duped the lady to the tune of N1.8m in a car purchase deal she brokered.

Assah – Assor in her words confessed to have linked the lady to an auto dealer from whom her sister wanted to purchase a Toyota 4 wheel drive worth N3m. She had convinced the lady to pay for the vehicle in installment.

She confessed to have collected the first tranche of N1.8m on behalf of the auto dealer. The bubble burst when the lady demanded for a refund and that she was no longer interested in the deal upon realising that Assah-Assor was up to some games.

She disclosed to investigators to have used proceeds from the second fraud to open a catering shop business, bought car, travelled out on vacations and got a suitable apartment for her family.

Confirming the development, the Police PRO, ASP Smart – Cole stated that the case has been transferred to the SCID, Panti for further investigations and prosecution.