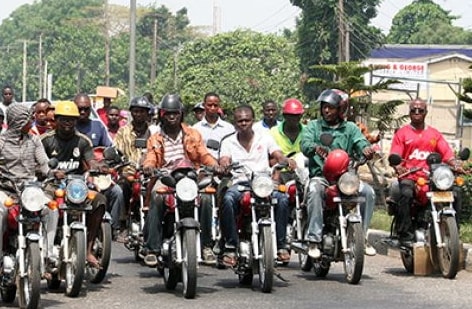 Katsina State Police has announced the arrest of a 19-year-old girl, Zinatu Abubakar,who allegedly drugged a commercial motorcycle operator and attempted to snatch his motorcycle.

A statement signed by the command’s Public Relations Officer, Gambo Isa, made available to newsmen on Thursday in Katsina, said the suspect belonged to a syndicate operating in the state.

Isa said the suspect drugged a motorcyclist, Gide Wada, who was conveying her from Kofar-Kaura to Sokoto Rima Quarters in Katsina metropolis.

The police spokesman said Wada had to park his motorcycle when he started becoming drowsy after he ate a piece of chocolate the suspect gave to him as they were moving to her destination.

According to him, it was after the victim parked the motorcycle that he became unconscious and the suspects’ accomplices,one Abubakar and Chairman, now at large, attempted to snatch the motorcycle.

He explained that the accomplices ran into the bush when the condition of the motorcyclist attracted the attention of people nearby, who apprehended Zinatu and handed her over to the police.

Isa claimed that the suspect had confessed to have been committing such offence in Kaduna and Kano states, adding that the police were on the trail of her accomplices.

He advised Okada riders and commercial drivers not to take food from people they know nothing about, so as not to become victims of robbery.