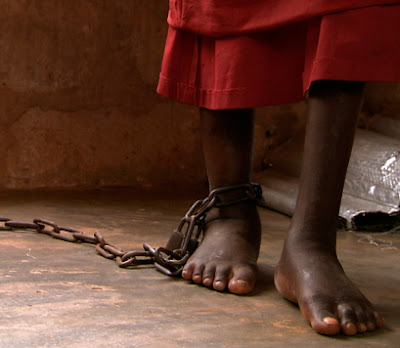 The officials of Ogun state Police command have rescued another child chained by her family member in Ogun state.

The victim identified as Promise Udeh was reportedly chained by her wicked aunt since Thursday for allegedly stealing N4000 at her aunt, Chiamaka Okafor’s house in Adigbe area of Abeokuta, the capital city of Ogun State.

Promise Udeh’s case came up days after a young boy (Korede Taiwo) was chained by his father at a parish of the Celestial Church of Christ in Atan Ota area of Ogun state.

NaijaGists.com learnt today that the girl was chained to a burglar proof gate at an uncompleted building in Saraki area of Adigbe. 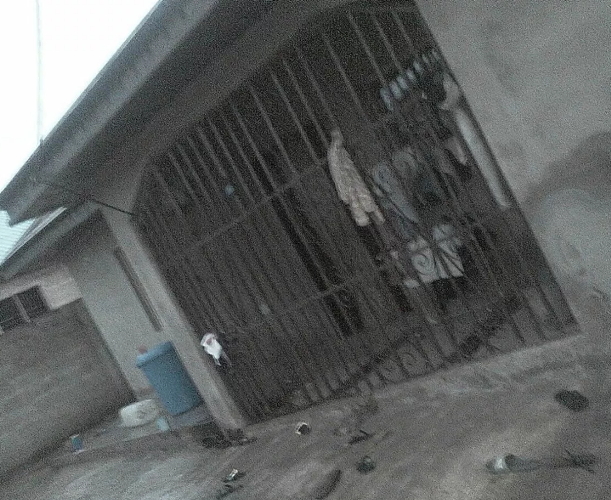 She escaped around 7:30pm tonight after neighbours called police to the area.