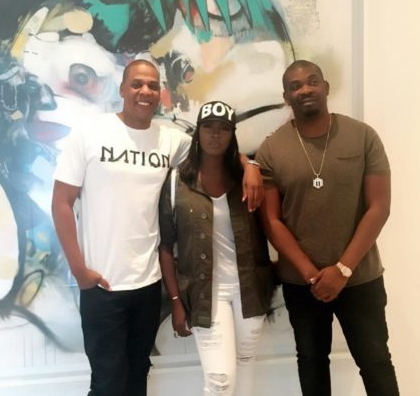 Tiwa Savage Denies Jay Z Has Forced Her To Sell Her Soul To The Devil….. Debunks Secret Society Membership Rumour

The  Mavin songstress caught displaying a sign which depicts allegiance to Satan has denied being a member of the secret society. 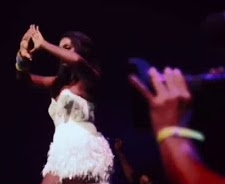 The single mother of one who is now signed under Jay Z’s ROC Nation label revealed that she doesn’t know the meaning of the Illuminati sign she showed while performing at the One Africa Music Festival last week.

Her fans in Nigeria are worried that the singer struggling to pay the load of debt incurred by her ex-drug addict hubby might have joined the Illuminati secret society after watching her showed her fingers in the air with the occultic sign.

Some were however fast to say, Jay Z is allegedly a member, so they are not surprised, he has dragged Tiwa into it.

Many are even more worried that the singer who came from a solid Christian home has sold her precious soul to the devil.

Watch the controversial video of Tiwa Savage everyone is talking about below.