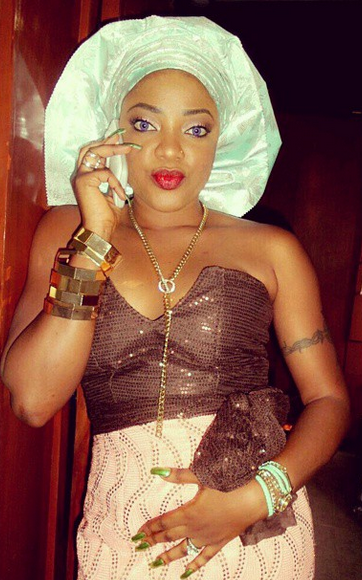 Budding Nollywood actress Sotayo was recently told by a banker at GTBank that one of her colleagues asked him to provide her with her bank account balance.

The actress who has become the envy of her senior colleagues since she joined Nollywood has been smiling to the bank recently due to her unique movie making skills.

“Hahaha girls’ ehnnn, so someone somewhere actually thinks I show off a lot then decided to give herself the task of constantly checking my Gtb account via her friends to know my balance. Haba babe you shouldn’t be that dumb. Since you visit my page often, here, step up your game then next time, go for account statement & remember to check other banks too.”

Tayo Sobola joined Nollywood officially in 2013 and has produced over 4 hit movies since then.