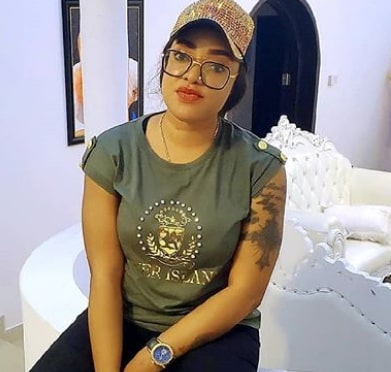 “I Can’t Do Without My Tattoos” – Nollywood Actress Tayo Sobola

Nollywood luxury addict Sotayo Sobola, has admitted that her tattoos often typecast her into eccentric roles in movies.

The award-winning actress recently said it is the reason she doesn’t really appear in cultural movies.

“There are some kinds of films I cannot do with my tattoos, like the cultural movies except makeup artists try to cover with makeup or being artistic by drawing some stuff,” Sobola said.

“You know, the world has changed; you can now find children of about 8, 10 years and even elderly ones wearing tattoos. It doesn’t have anything to do with age, tattoos are everywhere now.”

On whether she belongs to any caucus in the Yoruba movie sector, Sobola said:

“I do not belong to any particular circle but if I am producing, I love to work with people that will not stress me.

So, if I have you around me and I know you’re perfect for the role, I will surely come for you. But, if you are not, I can then look outside the circle.”

Sobola further said she planned to feature physically impaired children on her next project, describing them as creative geniuses. 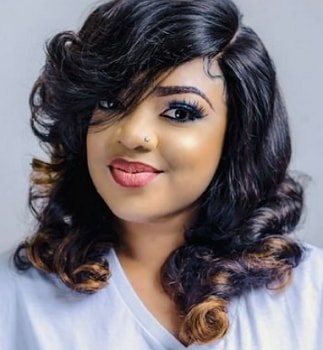 “When I see blind people, I wonder how they cope without seeing. I am not blind but I know how I feel when I am not wearing glasses. I also got a bad sight and I have been wearing glasses since 1996. I know how much I spent on medical and changing glasses frame like every six months.

“So, I always feel pain seeing blind people. I recently took time out to visit Pacelli School for The Blind & Partially Sighted Children. On getting there, I cried a lot because most of them are talented and gifted; you see them singing and they sing trending songs lyrically. They are highly artistic and creative. I plan to feature them on my next project.”

Sobola said that she opted for Yoruba film due to the demands by her fans. She, however, advised every young actor not to turn down a movie offer because a scene can make them popular.

She has starred in movies such as ‘Arewa Ijogbon’, ‘Egan’, ‘Corper Jide’, ‘Bella’ and ‘Idakeji Ife.’

Continue Reading
You may also like...
Related Topics:tattoos, tayo sobola