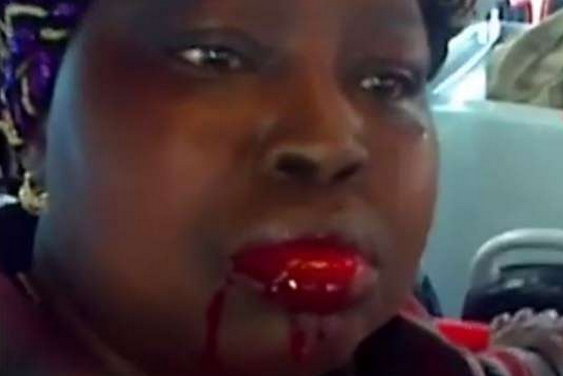 An elderly Nigerian woman has dragged a black man to court for attacking her on a public transit in Peckham South-East London.

According to a video of the incident uploaded by an Asian man on YouTube, the victim entered the bus with a grocery cart but the suspect disallowed her from moving her cart inside the bus, all appeals made by her to get the suspect to remove his leg from the way proved abortive.

In the process, the two started abusing each other. At the height of it, the young man who was unaware that he’s on camera gave the elderly woman a blow on the mouth.

Other Bus passengers called police who later arrested the suspect who had earlier tried to escape from the bus. Trust Naija people, the woman refused, she told the bus driver to lock the door.

The case is currently in court and is being followed by CANUK (Central Association of Nigerians in the UK).