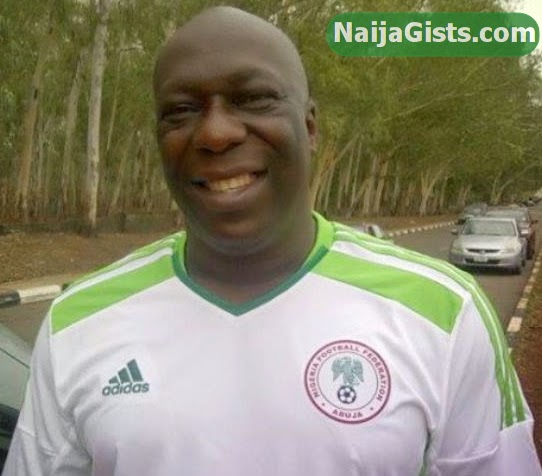 The UNICAL graduate and married dad of 3 children in this interview took us down memory lane, as he talked about his career and life experiences.

Globacom recently endorsed you as a brand ambassador?

Yes, I was in Lagos last week to shoot a commercial for Globacom. I must appreciate Chief (Mike) Adenuga for his great love for entertainment and interest in my career. So many times they’ve called me for adverts, commercials and soaps. We will soon embark on a street show in over six states in Nigeria. The show is tagged ‘Glo Street Show’ and my appearance has been approved. In fact, when I got the invitation my heart was filled with joy.

How do you feel being a millionaire?

(Laughter) It is good when you are appreciated and commended for your good work. And it is always a pleasure working for Globacom. But for now, I am not yet a millionaire, until the contract is signed and approved. However, mere seeing it on paper is worth celebrating and I look forward to being Glo brand ambassador. I appreciate God for this upliftment in my life, and I thank the Glo management for their support. I must also appreciate my producers, directors and fans for believing in me.

You don’t have a funny look, how do you get into your character as a comic actor?

As an actor, I can act any role not just comic role. I remember getting two scenes in the movie titled ‘Long John’ which was not easy at that time but I had to convince my friend, Sunny Nnagida and the role was given to me. Then, I started featuring in comic movies such as ‘World Apart’ and ‘I Need A Woman’ and because of this, producers no longer give me serious roles. I don’t like the idea of being stereotyped in movies, which is common in the industry. It’s not proper to restrict an actor on a particular role; it is not professional. I have done so many movies and stage plays as an actor, and I think an actor should be seen as an actor, not a comic.

How has this stereotype thing affected your career?

It has not changed anything in my life. I still live my normal life. You don’t expect to see me on the road behaving like a comedian. You can see me playing in comedy movies, but behind the set, I am Charles Awurum. So, ordinarily you don’t expect to see me doing comic acts that will make you laugh. People often gaze at me and when they don’t get what they expect, they feel disappointed. I don’t need to do funny things for you aside acting because I am an actor not a comedian.

How would you describe yourself behind set?

I am a very serious minded person. I like to leave a legacy for people to remember my immense contribution. I don’t believe in waiting for the coming of the Lord, instead I move to the Lord and grab Him to receive whatever I need from Him. I am a very simple, friendly and peaceful person. I have experienced life; it doesn’t give me joy when people misbehave because of worldly possession or qualifications. And because you are an actor, you want people to treat you like God, it is wrong. That person you meet today might be your messiah tomorrow. Most of our artistes are guilty of the attitude. Life is unpredictable; you could lose it at anytime. So, whatever you feel you have achieved, someone has been privileged to achieve it before you.

You are popularly known as a comic actor but not many know you as a movie director. Tell us more about your involvement as a director in Nollywood?

I started directing movies before my involvement in acting. But after a comedy role, which I played very well to the admiration of my fans and producers, I was launched into Nollywood as an actor. In fact, I have been directing movies before my foray into Nollywood. I produced programmes for Imo State Broadcasting Corporation and also Imo State Arts Council. I also directed television dramas and radio programmes.

How did you come into Nollywood?

I have been acting for a long time, even before the birth of Nollywood. A film production was brought to Imo State in which so many notable actors acted, and I played a lead role in it. It was in that film that I started life as an actor. The producer of the movie, ‘Obiora’ later saw my ability on set and he invited me to act in the film. It was actually the movie that brought me into limelight. Honestly, I can’t remember all the movies I have done now, but I have done so many movies since I started acting.

What is the craziest thing a fan has done to you?

I am used to their reactions. Sometimes they see me and shout ‘Jesus!’ Some ladies will abandon their boyfriends to hold me. Even married women are not exempted; they often grab me in public. In fact, I am used to it, so I can’t tag any of these as the craziest.

What were the sacrifices you made to get to where you are today?

I was a painter before I embraced acting. Though, there are so many actors in the industry, the ability to distinguish yourself by depicting roles to the admiration of your fans is your selling point. However, being an actor has opened so many doors for me. It has given me an edge over people and it has also denied me freedom. For instance, when I go to the market to buy things, they sell for me at high price because of the way they perceive me.

How would you assess Nollywood?

We are improving but we need more support to do better. We need fund to acquire quality cameras and also mobilise our actors, because you cannot pay someone for a week and you expect a month labour, in this way you shouldn’t expect the best. But if you pay a good amount for a script, the writer will deliver mind-blowing story to you.

Is it true that actresses pay to feature in movies? And what is your take on this development in Nollywood?

Is it true the desperate ones pay certain amount of money to feature in movies to some of our producers, whether they know how to act or not? So, with that they are leaving out professionals who will give them the best. And it is affecting production. So many girls are doing different things in the name of becoming actress. You see up-coming actresses arriving film locations with big cars, they pay for their hotel accommodation, feeding and also pay over N300,000 just to feature in a film. They are gradually destroying professionalism. But I believe this phase will go and Nollywood will be sanitised.

Nollywood has a regulatory body like AGN, what are they doing concerning this development?

Our president (Ibinabo Fiberesima) is doing her best to govern Nollywood. There are cases people take to her but when they are asked to put them into writing, they wouldn’t be able to do so. There is no way you will expect her to fight your case without proofs. Of course, you don’t expect the desperate upcoming actresses or producers to provide such evidence, since they are the perpetrators of the act.

What is your advice to upcoming actors?

They should consider their acting skills before venturing into movies. It is not compulsory that you must stand before the camera. There are people behind the camera doing great. And they should think of being professional and put in every effort to become successful.

Aside acting what else do you do?

I have a production outfit, Magic Lens Pictures. We are working on a movie titled, ‘My Hidden Treasure’ and I also have Magic Lens Academy where we train people on film production, directing and others.

Could you share some of your life experiences for people to learn from especially those aspiring to get to the top?

I went through hard times when my father died. My father was one of the top ranking officers with Nigeria Ports Authority until his death. We were born with the silver spoon, but we didn’t grow with it. My father died in 1988, I was in my early ‘20s then. And none of us could do anything to assist our mother financially, except my elder brother, who was undergoing his Youth Service in Edo State. In fact, my father’s death affected my education. I went to school as an adult. Growing up was very difficult for us. There are times when I look back and tears will flow down my eyes. I remember how people took us for granted. When you are not successful nobody wants to associate with you. But today, everyone wants to be close to me.

How many are you in the family?

We were seven children, until our elder brother, a medical doctor died. We are now six; we have a reverend father in the family.

Let’s talk about your love life, how fair has love treated you?

There was a girl that supposed to be my wife. We almost got married until her mother destabilised it. Her mother said her late husband appeared to her in the dream, asking why she would allow her daughter to marry a man from a distant place. I heard the news when I went to collect the marriage rites’ list. There was a day I visited her house and there was power failure. So, I jokingly asked why they didn’t usually have electricity, and her mother replied immediately saying, ‘why don’t you buy a generator for me’. I jokingly said she was asking ‘someone who doesn’t have money’ to buy her a generator. I didn’t know she took it serious and that’s why she refused us getting married. Today, God has celebrated me among others.

What was the girl’s reaction on her mother’s disapproval of your marriage proposal?

She said her mother’s dream usually comes true. Immediately, I knew it wouldn’t work, most especially, when the family was the decision maker in her life.

Were you heartbroken at that particular moment?

Of course, I was terribly heartbroken because I was deeply in love with her. I was working in Nnewi at that time while she lived in Oba, Onitsha. In fact, I prayed and fasted concerning that marriage, asking God for clarification. I asked God that if we’re not destined to be together, He should give me a woman after my heart. Fortunately, one Sunday, I went to church in my village and as I walked into the church, my wife was just coming out from the church. When I saw her, I said to myself that ‘this girl is my wife’.

I made enquiries from my mum about her family background, and she approved of our union. Today, the rest is history. I got married in 2006 to my soul mate, Linda Ifeyinwa Awurum, and we are blessed with three lovely boys.