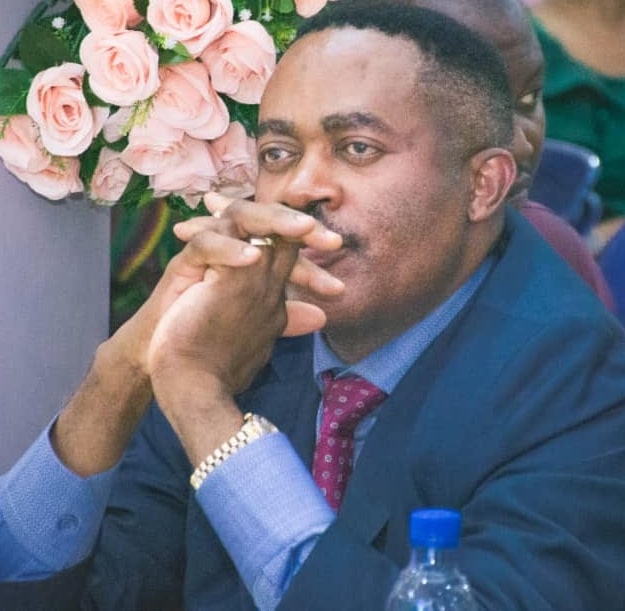 The state is currently in reversed autopilot and directionless. It is a crying shame that the once thriving and prosperous state has been bedeviled with massive infrastructural decay and stagnancy, excruciating economic and unfavorable social policies, lack of transparency; accountability and financial malfeasance, rising from debt profile due to profligacy, mis-governance and general rot in the polity.

In my right mind, the man made for this rather demanding task is Dr. Godwin Maduka; the universally acclaimed triple professor of science and apostle of uncommon philanthropy. He has blazed the trail in the Pain management in the United States of America. He is highly motivated to bring his vast experience to bear and replicate the same successful trajectory recorded in his private business concerns into the governance of our State.

Without going back into details about his uncommon philanthropic gestures and selfless services to humanity, it behoves on all of us to look at what makes the man unique and heads above his contenders in the forthcoming gubernatorial race in Anambra State.

There have been hues, cries and innuendos about Dr. Godwin Maduka’s novel foray into Anambra State election equation, considering that he is new into the political game. Some people even alluded to the fact that he is a political neophyte and cannot cut his teeth in the murky waters of Nigerian politics. But, I make bold to say that Okosisi Orumba is the type of man Anambra State yearns for currently. A seasoned technocrat that does not need to dance to the tunes or bend his policies to assuage the feelings of different political gladiators or godfathers, moneybags and political jobbers instead of the dejected masses. He’s a breath of fresh air with no past political baggages. He constitutes the much needed refreshing change to the old and retrogressive order stifling the growth and development of our polity.

Dr. Maduka is self made and financially independent, so he would not have any pact or allegiance to any cabal but to the good people of Ndi Anambra State. The masses should take my word to the bank.

Also, it is a fundamental truth that he had his professional sojourn and breakthrough in the United States. He has the requisite experiences, expertise, and the standard needed to turn things around in our dear State. He has the right contacts which will help to attract direct foreign investments into the State. This would pop up the deflected financial resources and as well open up Anambra State to the comity of States and Nations. Through his exposure both at home and in diaspora and coupled with his prudent posture, there would be influx of illustrious sons and daughters into the state who would want to invest their hard earned money, taken into cognizance the safety of their numerous investments.

As he promised in one of the fora he addressed, he opined that he would make sure that Anambra State will be the next investment, economic and technological hub. It was not for the cameras or and empty clout chasing but a solemn promise made bearing in mind that he has the required capacity to accomplish it within a feasible time frame if availed the opportunity to govern Anambra State.

While on the issue of various school of thoughts expressing their cynicisms and unfounded skepticism on the major dichotomy between Entrepreneurship and Politics, I see it as clandestine utterances and fear from the numerous opponents who are intimidated by the seeming towering profile of Dr. Godwin Maduka. Majority of them do not have reliably legitimate means of livelihood but purely political opportunists who fed fat from the crumbs of successive administrations and their resultant bad policies and mediocrity.

Dr. Maduka’s entrepreneurial background is a huge advantage in understanding the intricacies of governance. The timeless words of Ronald Reagan, the 40th President of the United States of America succinctly posited that “The greatest leader is not necessarily the one who does the greatest things, he’s the one that gets the people to do the greatest things. Dr. Maduka clearly encapsulates the inspiring leadership ideals and outstanding strides to work with the right people in order to lift Anambra State out of the current comatose.

He successfully led the right people to built his vast business empire and in this regard, he’s definitely going to work and lead the right people in the onerous task of governing Anambra State. So the notion of being successful in private business does not necessarily translate in achieving success in governance is totally incorrect. Both are people oriented and require the right zeal and will to drive people to achieving the desired goals and milestones. Dr. Maduka ticks all the boxes and has the wherewithal to execute this to perfection.

Furthermore, many of Dr. Maduka’s contemporaries in the Anambra political space do not have a well articulated agenda for Ndi Anambra but the Iroko of our time had already rolled out a well thought out and balanced 10-point blue print which when put into motion simultaneously, will tremendously transform the state as one of the economic power-house in our country. Anambra State will be to Nigeria what California is to America. He envisioned a state where the Health care system will be top notch. Agriculture, second to none. Education will be accessible and affordable to our progenies. Infrastructure and tourism, booming. Technology and digital economy will be experienced across the state, even in the hinterland. Women and Youth empowerment will be accorded immediate attention. Security shall become top priority, and treated with every ounce of urgency. Transportation will rival with what is obtainable in the advanced world. A state of emergency will be duly declared in the energy/power sector while religious tolerance will be seriously advocated, all in a bid to revive, sustain and make Anambra a prosperous State.

Definitely, it is obvious that the man of Dr. Maduka’s ilk is what Anambra State needs at the moment. A paradigm shift from the skewed status quo and he offers it. With the plethora of his numerous milestones and achievements, it is our sacred mandate to give him the maximum support in his genuine quest to lead Anambra State to greater heights. I enjoin all of us to queue behind our amiable triple professor of medical science both in primary and general elections. This rare medical colossus and philanthropist extraordinaire has broken all the limits in his private business and he is ever willing to extend same in the area of good governance.

Ndi Anambra, the era of celebrating mediocrity is long gone once Dr. Maduka takes the mantle of leadership in Agu Awka come March 17 2022.