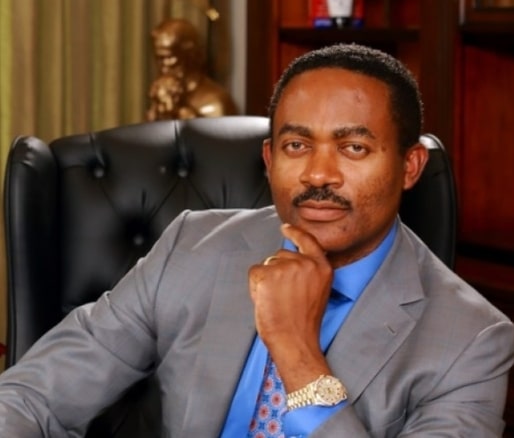 Godwin Maduka is a philanthropist who owns a foundation with the aim of reaching out to the needy. In this interview, he talks about what it takes to be a leader, its challenges, and more. Excerpts:

*It was not long that your foundation was commissioned. What is your vision for it*?

I believe that all that is not given is lost, and the good book makes us understand that the only metric by which we will be judged is our attitude towards the needy. Every person in need is my neighbour, according to the story of the Good Samaritan. So, the essence of the foundation is to give succour to the needy, especially women, children and the youth. The foundation has been in existence for almost forty years but we want to institutionalize it. We plan on expanding the scope of our charity and structures so it outlives me. More importantly, we want to teach people how to fish instead of just giving them fish.

*How do you feel about the yearning of youths to take over governance in Nigeria*?

Being a youth is not just about age. It is a mindset, an orientation. Youthfulness is simply being progressive, being mentally in touch with current realities and always ready to learn, unlearn and relearn. Someone who is in his twenties and yet impervious to change, like a 19th century rock cannot be called a youth. Being a youth implies being upwardly mobile in thinking and perception without being fickle minded. Someone in his seventies can be young at heart.

In the just concluded US elections, the top three contenders – Donald Trump, Joe Biden and Bernie Sanders are all in their seventies. But they all understand where America should be and her special place in the affairs of the world. Nelson Mandela became the President of South Africa at an old age yet he demonstrated a leadership that brought together his nation that was sharply divided and was suffering from the scars of apartheid. Someone can possess such capacity at a young age too and become an effective leader. An example of such is President Macron of France. Bottom line, leadership is all about capacity. So I believe that the field should be made open for both young people by age and young people at heart.

*There is this notion that philanthropists like you fail in leadership. What do you have to say about this*?

*Why do you think some leaders fail*?

Leadership is team effort. There is a very high probability of success in leadership if you have the capacity and the right team, people who can add value to your vision and who have the courage to speak truth to power when you derail, not praise singers, sycophants and court jesters. Leadership is a serious job, and with the myriad of challenges facing Anambra today, it is a tougher call. It doesn’t call for partying.

*There was this report about your comment on the need to build 21 universities across the 21 local governments of Anambra State. Kindly elaborate on what you were trying to say*.

The fourth estate of the realm is very vital in the development of every modern society. They act as a check on the excesses of those in power, mirror issues in the society and help start a conversation on them. However, sometimes, the quest to sell overshadows their dedication to proper journalistic tenets. Sensationalism takes over qualitative and investigative reporting.
There are what lawyers call literal interpretation and liberal or purposive interpretation. The purposive interpretation tends to look at the intent of the statement or the purpose the statement is meant to achieve, not the literal meaning, and in this case, the intent of my statement is basically my passion and belief in education as the easiest and best means of human capacity development. Actually, people understood what I said literally, hence the sensation and not in the purposive sense of the fact that I want to prioritize education. If you recall, when Dr Tunji Braithwaite was running for presidential election, he would always say that he wanted to relocate the residents of Ikoyi to Mushin and Mushin residents to Ikoyi. People got mad, but then, people understood the literal meaning of the statement rather than the liberal or purposive explanation. He was simply implying that if the rich could have a feeling of the conditions of the poor; it will go a long way in the commitment to bridging the gap between them. There are certain truths and possibilities people find outrageous or may not seem to understand very well, yet at the end it becomes the reality.

For emphasis, my idea of educational revolution in Anambra State comes from a keen study I did in the US. I found out that in America, Educational communities drive the economic bases. I took a trip to the Silicon Valley and I discovered how Stanford University is the brain power behind most tech start-ups. I started developing a similar idea which I can localize in my home state. I realize that if we can have educational communities around our economic bases, it will blow up the Anambra economy and double up our GDP in a short while. For example, an educational community with engineering courses as its main focus located around the Nnewi axis will contribute so much to research and development in automobiles and manufacturing. Imagine the deepening of local content and backward integration it will trigger, together with the attendant wealth and job creation. If you have an educational community around Awka, it will stimulate ICT and Technological start-ups. Likewise in the Agricultural bases of Ayamelum, Anambra east and west, an educational community will do a lot in the research of hybrids products and also develop models geared towards Agric-economics and agro processing which is a billion dollar industry. So in a nutshell, I was trying to talk about 21 specialized university campuses. We must revolutionize education to make it useful and that is what we want to do in other sectors.

My idea is that I want Anambra to be the educational hub of sub-Saharan Africa. Las Vegas where I live has about 10 universities. I am a man of big dreams and ideas. I did same in Umuchukwu, a village that was on the lowest rung of development and I built a city out of it. I am a product of possibilities. I went to America from the village and excelled beyond measures, and built six world class hospitals in the state of Nevada. I represent hope and inspire people to dream. With my story, it is obvious that regardless of your background, your dreams are valid.

*You were also reported to have said that you will run Anambra state with your personal income. Is that true*?

This is another sensational reporting twisted for the purposes of propaganda. I only said that if the condition calls for it, we would also put in our money to make the wheel of governance effective. Since I started my philanthropy, I have built a police station, a magistrate court, high court, constructed roads, built schools, hospitals and electrified my community. These are infrastructure that should be basically provided by the government.
In Igbo land, several communities embark on self-help projects that should ordinarily be provided by the government. Imo airport was built with contributions from people. It was a collective project. We don’t always depend entirely on government.

*You emerged as Anambra Man of the Year and have continued to win awards since you returned from the United States of America. Sometimes people thin influence attracts these awards rather than merit. What is your opinion*?

There is no need for an inordinate crave for awards. When you touch people’s lives, it would come your way without you angling for it. No doubt, the award culture has been bastardized, but I have never paid for any award. I have received awards in the US, Canada and other countries in the world. Will it not be tantamount to depleting my hard-earned resources if I buy awards everywhere in the world?
Actually, there was a time I was so tired of awards and complained to one of my aides and he reminded me that aside from the fact that I richly deserve them, they are necessary because these awards can inspire some other people to do more for humanity. When my story is told at award ceremonies, you never know who is listening or inspired to reach for the star. Ok

*What is your New Year message to ndi Anambra*?

The past year has been a very challenging one. The pandemic dealt a very big blow to the world economy. Hundreds of thousands of deaths were recorded, health facilities were overwhelmed and people lost their jobs. Also, companies shut down, some downsized drastically in a bid to survive, and for a country like Nigeria and by extension Anambra State that is largely dependent on oil revenue, it was a gloomy year. The revenue available to government to stimulate economic activities contracted.

It was Hellen Keller who said that the world is full of challenges, but the world is also full of overcoming them. The new year is here already. I urge Ndi Anambra not to give up hope. This 2021, we can rest, but we shouldn’t quit. The holy book tells us that if you knock long and hard enough, closed doors shall be opened. Let’s work for a greater year, believing and hoping that the tears of 2020 shall be wiped from our eyes and that we shall have abundance of blessings this year and beyond.