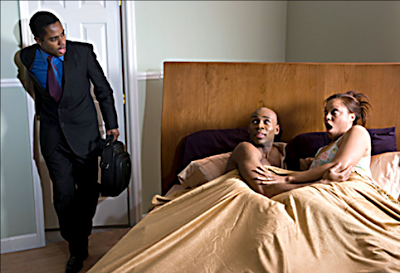 Hope you enjoyed the previous article titled Love is blind by Nwigboji Franklin? Here is the latest pathetic love story from the stables of Mr Franklin titled “Golden Love And Mistaken Identity”

Maria is a young girl from Nigeria. She traveled to London only to fall in love with Desmond.   After two years, Desmond traveled to his town in Nigeria.

Maria waited for many months without her sweetheart at home, she went to a friend to complain.  While returning to the house, she met a boy who is identical to Desmond. She hugged him mistaking him for her sweetheart, Desmond.

Masmond is a twin brother to Desmond. When he saw Maria, he also fell in love.

He was lucky that the girl agreed to follow him to his brother’s house.

After some hours, Masmond was on her. As they were pressing up, Desmond banged in when Maria was about to eject her content. She got confused to have found herself with double lovers. On spotting Desmond, Maria collapsed.

Desmond also died when he saw his brother on his wife. Masmond rushed them to the hospital. As he was returning, he had an accident and died instantly. Maria recovered and became mad.

Who should be blamed? Maria or Desmond