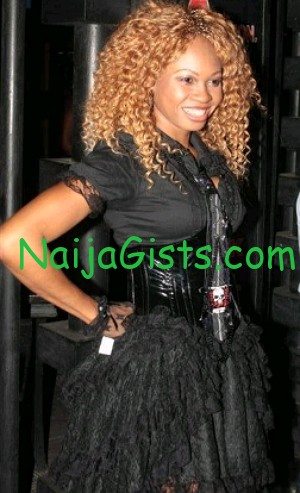 According to her, she woke up today and a particular nagging thought wouldn’t leave her head and she has decided to pour it all out.

Read her full message below.

I don’t know why it kept ringing in my head as I hadn’t watched a movie or even read anything similar to the subject before I went to bed or even in recent times.

However, never being one to ignore the signs, I decided to do a little research and read up on “The 7 deadly sins” and it definitely was an eye opener.

“There are six things the LORD hates, seven that are detestable to him:
Haughty eyes, (Pride) A lying tongue,(A Liar)
Hands that shed innocent blood,(Murderer)
A heart that devises wicked schemes, Feet that are quick to rush into evil,
A false witness who pours out lies
And a person who stirs up conflict in the community.”(Gossip)

Lust: Doesn’t relate to just anything sexual, but relates to an obsession with pleasure. A disordered desire for inordinate physical enjoyment. Anyone who can’t get enough of a “good” thing so much that it turns bad is lustful.

Gluttony: Gluttony isn’t just about excessive eating, it pertains to wanting anything in excessive amounts even when you have no use for it. Anyone who wants more than they need or can make use of at any point in time is a glutton.

Greed: Pertains to an obsessive desire for material wealth and Power. A desire to amass any and everything the world has to offer. Anyone who revels in the attainment of wealth and power in order to be better than and/or have control over others is greedy.

Sloth: Sloth is a kind of spiritual laziness as opposed to mere physical fatigue. It means not making it a priority to do what we should, or change what we should in ourselves. Some people might call it apathy, which means a lack of feeling. An example of sloth is someone avoiding to do the right thing due to a lack of personal motivation.

Wrath: Wrath or anger is an emotion that makes us want do hostile things to each other. It isn’t the “anger” itself that is the sin, but the actions it leads us to should we allow it to. An example of an action anger can cause is vengeance.

Envy: Envy is the love of what other people possess, rather than what is Good, Beautiful and True. Anyone who covets what people around him/her have and wishes it was theirs is envious.

Pride: Pride is actually at the root of all sin.  That is why it is listed first and that’s why I’m talking about it last. This is because pride is first and foremost inherent in all sin. Proud people are those that look condescendingly on others. They look at others as inferior in an arrogant way and see themselves as better than everyone else.

In conclusion, after my research I believe that if we all let go of pride, a lot of wrongs in the world would turn right.

Interesting piece! Who knows may be Goldie is moving closer to her original calling.