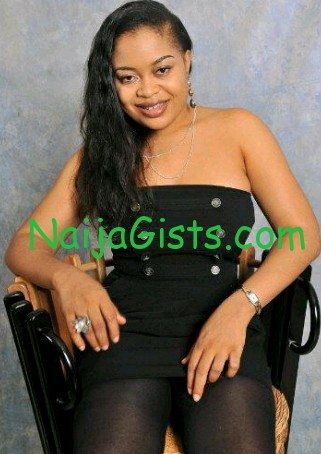 We gathered that the long time lovers tied the knot at a secret wedding that took place two weeks ago in Imo State.

Nkiru Sylvanus secret wedding which took place right after her release from kidnapper’s den was graced by few of her family members.

Mallam Umar Sani made Nkiru Sylvanus his second wife secretly to avoid the media hype that plagued her kidnap.

We reliably gathered that Umar Sani was the man who favoured the beautiful actress with her political position in Imo State after they have dated for a while.

“Umar Sani and Rochas Okorocha are close friends. Umar facilitated Nkiru’s appointment in Imo State. You know Nkiru is from Abia State and not Imo”, a source declared.

It was also gathered that Umar Sani was the man who paid the N8,000,000 ransom for the release of the actress.