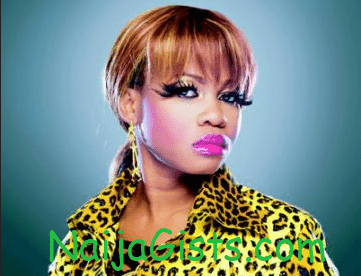 The first story that started this news is a shocking question we received from a fan of NaijaGists Facebook page who asked us” is Goldie dead“, we quickly put a call through to our source in Lagos who is a very good friend of Goldie Harvey’s management company.

We received the confirmation back few minutes ago that Nigerian singer Goldie is dead. Yes Goldie Harvey is dead.

Oluwabimpe Susan Harvey who is set to start a reality TV show with Nigerian model Denrele Edun has died tragically in Lagos on Valentine’s day night.

The former BBA star was in Los Angeles with Kenny Ogungbe and Dayo D1 Adeneye. She was even spotted as she poses for Paparazzi on the red carpet of the annual Grammy award event that took place in California this past weekend.

According to sources, something really went wrong with Goldie Harvey’s health today, she was immediately rushed to the aforementioned private hospital in VI, Lagos where she eventually gave up the ghost.

A source who sent NaijaGists.com an email few minutes ago said Denrele Edun is crying non-stop, he has event switched off his cell phone as we are unable to get to talk to him right now.

Goldie has touched a lot of lives in her short life time.

May the Lord accept her soul and forgive all her sins.

This is a confirmation of the bible verses that says it is appointed unto men to die once after which the judgement.

Goldie Harvey has finished her own assignment on the planet earth.

Infact her death has touched a lot of people

May her soul rest in perfect peace once again.

As we are typing this report, we noticed more mails are popping up.

We will update you shortly.

Dear Goldie Harvey, may your soul rest in peace.

This life is truly short.

Here is a confirmation of her Goldie Harvey’s death from her management company few minutes ago.

We are still unsure of the cause of her sudden death but we will keep you updated.

Late Goldie Harvey is schedule to have her traditional wedding in a couple of weeks.

Thanks for visiting naijagists.com